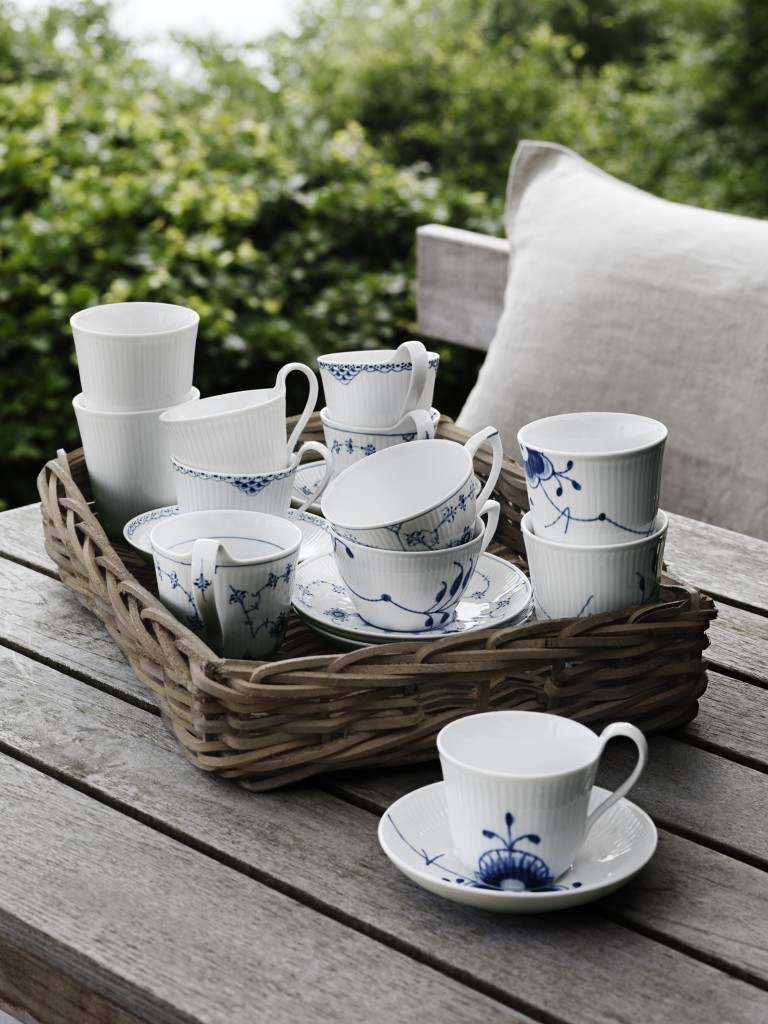 If you’re like me, you’ve coveted a set of blue and white Royal Copenhagen dishes for as long as you can remember. It’s no surprise the lovely Danish dinnerware can be spotted on the grandest dining tables around the globe. Lucky for me, our future Copenhagen lodgings are only a few short blocks from the company’s regal flagship (and, better yet given their price tag, there are two factory outlets nearby). Needless to say, visions of blue and white dinner parties are already dancing in my head. Read on for some interesting little tidbits about the historic Danish design house. 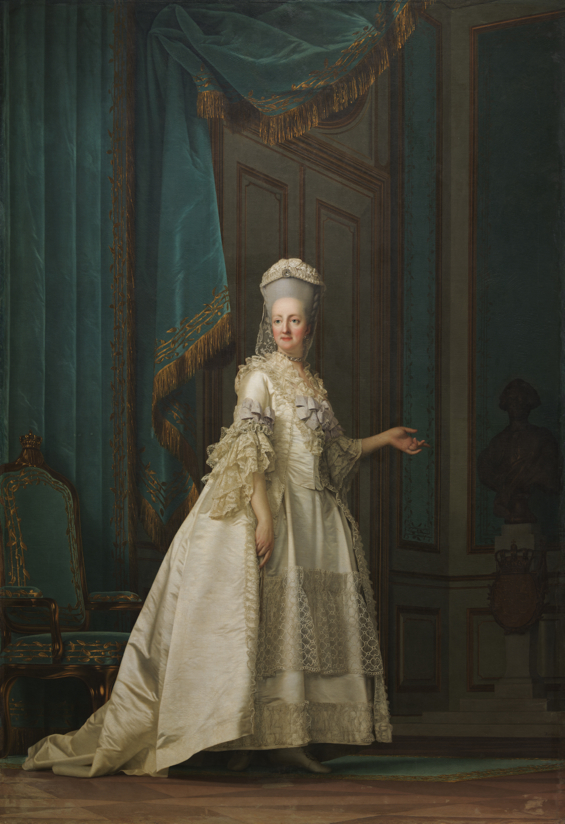 #1 – Porcelain was wildly popular among 18th century royalty. Royal Copenhagen was founded in 1775 under the order of the Queen of Denmark, Juliane Marie (pictured above). The company’s original name was the Royal Porcelain Factory. It was the first porcelain produced in Denmark. 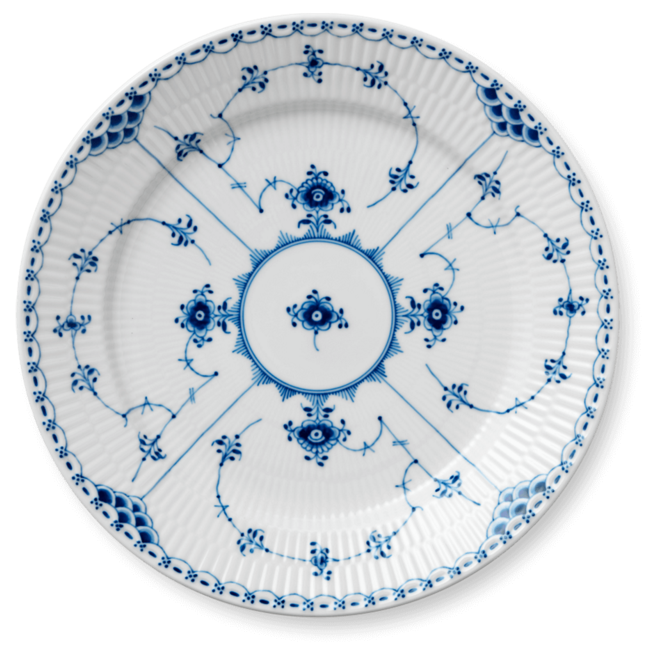 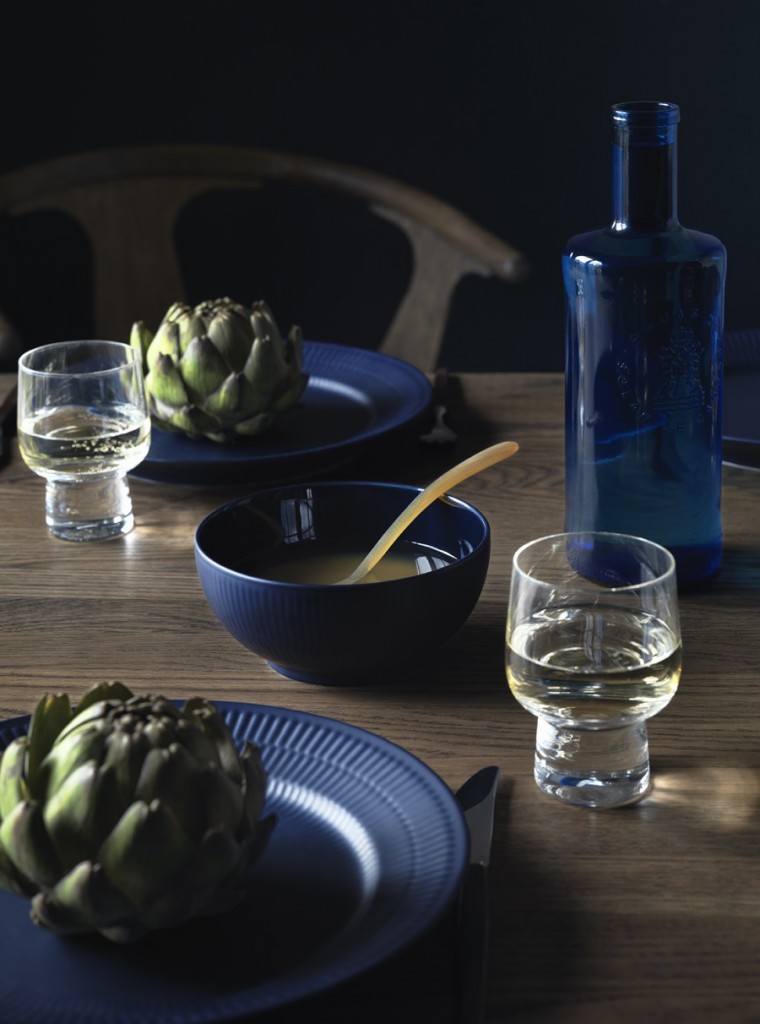 #4 – Royal Copenhagen’s iconic blue pigment can withstand very high temperatures and is applied prior to the final glazing and firing of the porcelain. Delicate though they seem, the blue fluted pieces are both dishwasher and microwave safe. 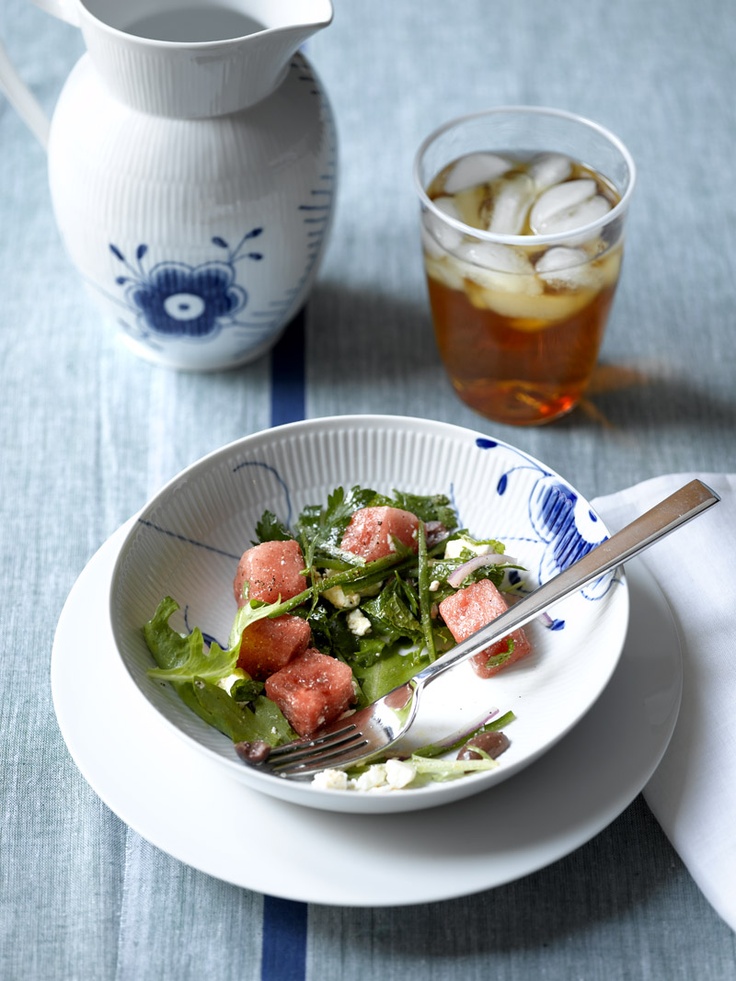 #5 – Queen Juliane Marie insisted each piece of porcelain be stamped underneath with the Royal Copenhagen logo, a crown above three waves. The crown has changed over time and can be used to date each piece of Royal Copenhagen. The waves represent the three Danish waterways: the Oresund, the Great Belt and the Little Belt. 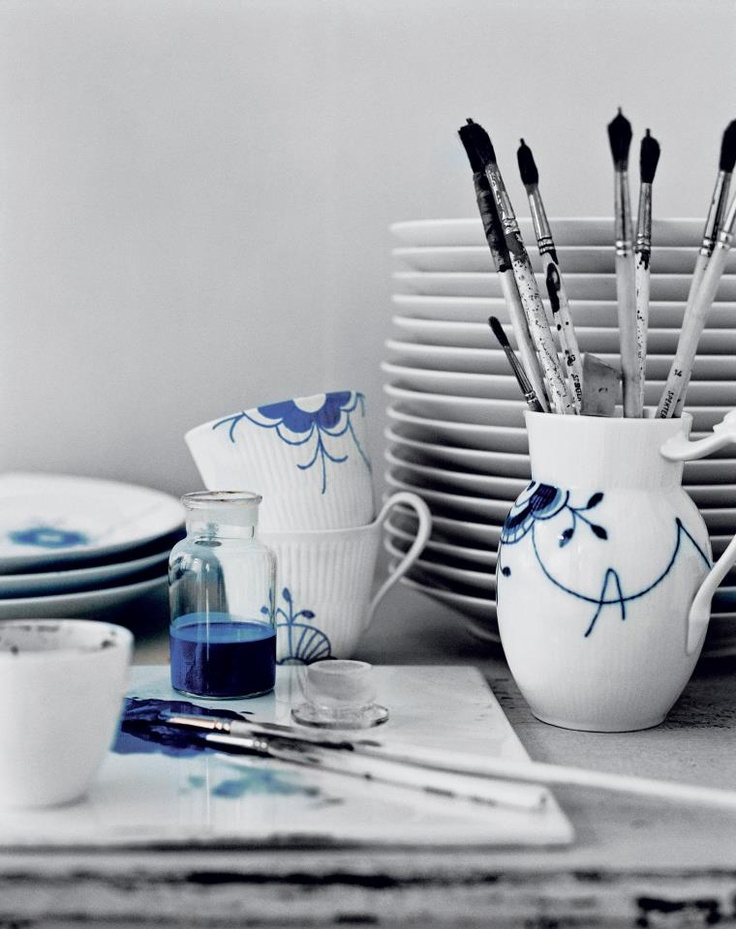 #6 – Royal Copenhagen’s blue-painters spend four years studying their craft and use paint brushes made from the fibers of cows’ ears or reindeer belly. Today, decorative production takes place in both Denmark and Thailand. Though at a glance the patterns appear identical, each blue-painter is able to immediately single out their own work. On the back of each piece can be found the painter’s unique signature. 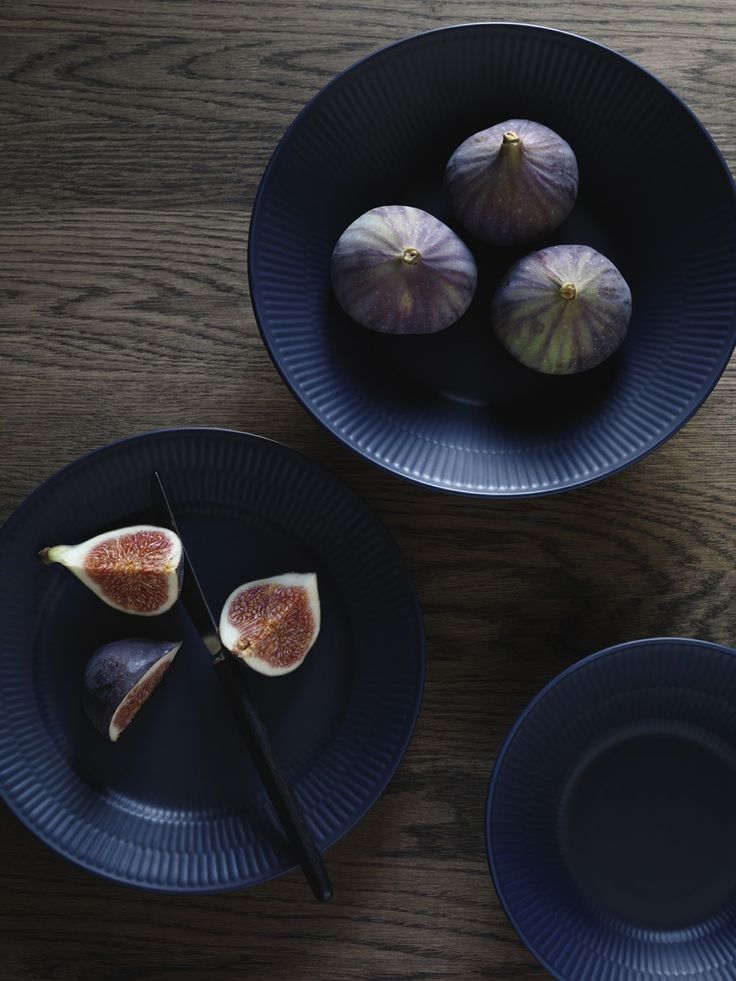 #7 – In the 19th century, Blue Fluted Plain was so highly coveted, the pattern could be found on everything from washbasins to chamber pots. 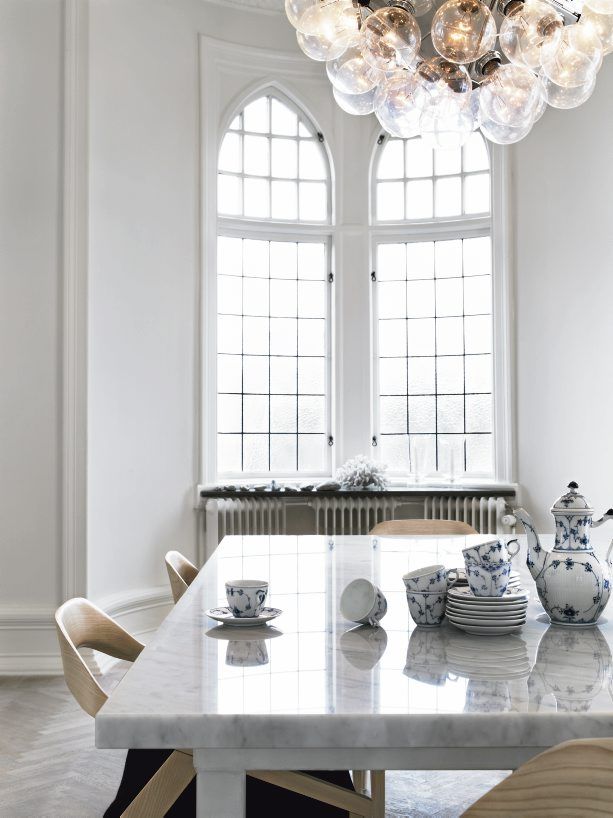 #8 –  In Danish homes, sets of Royal Copenhagen porcelain are often passed down from generation to generation. Over the course of its history, Royal Copenhagen has created nearly 2,000 different kinds of hand-painted cups, bowls and plates. 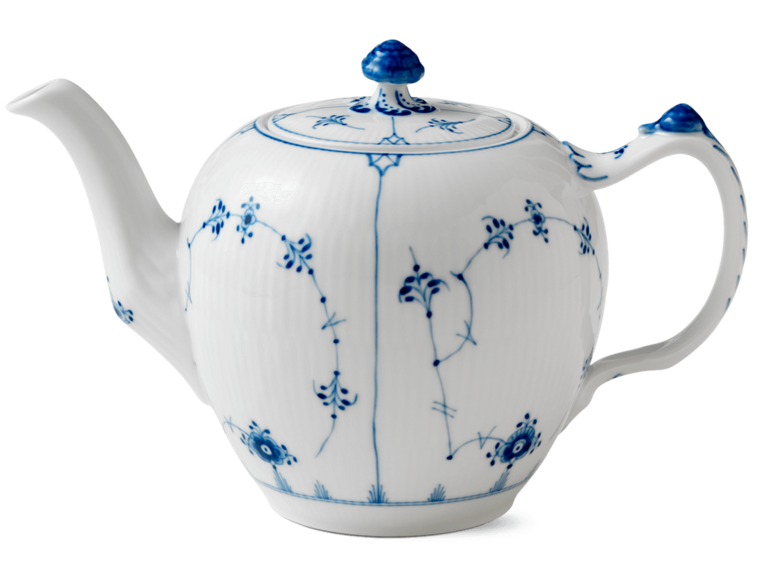 #9 – Royal Copenhagen china can be found on dining tables worldwide. In 1801, after the British defeated the Danish in the Battle of Copenhagen, Lord Nelson bought a set of Royal Copenhagen porcelain for his mistress, Lady Hamilton. 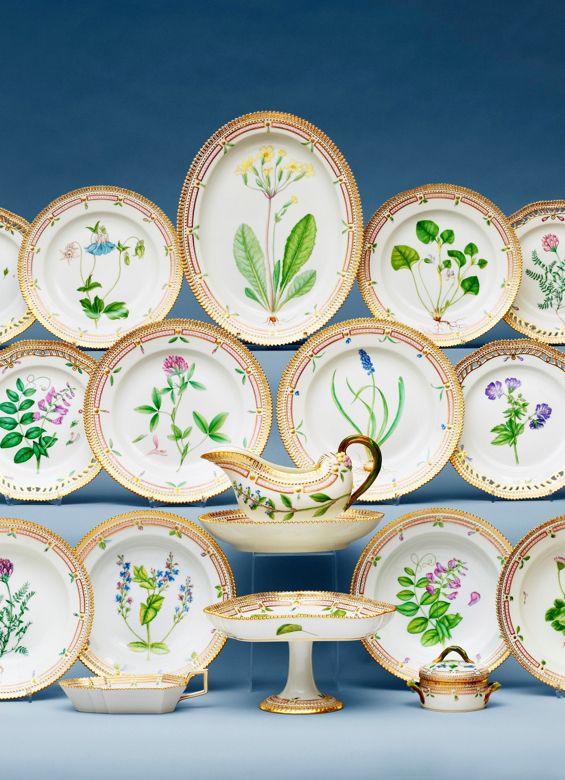 #10 – The most famous service produced by Royal Copenhagen was the Flora Danica (now held in Denmark’s Rosenborg Castle). The opulent service was to be a gift for Catherine II of Russia, but she died during the production of the 1,802 pieces. Included is everything from small eggcups to large tureens, all decorated with wild plants from the Danish kingdom. Johann Christoph Bayer painted every item, using illustrations from a book of Danish flora. In 1863, the Flora Danica pattern was put back into production. Today, you can choose from 3,000 flora designs. 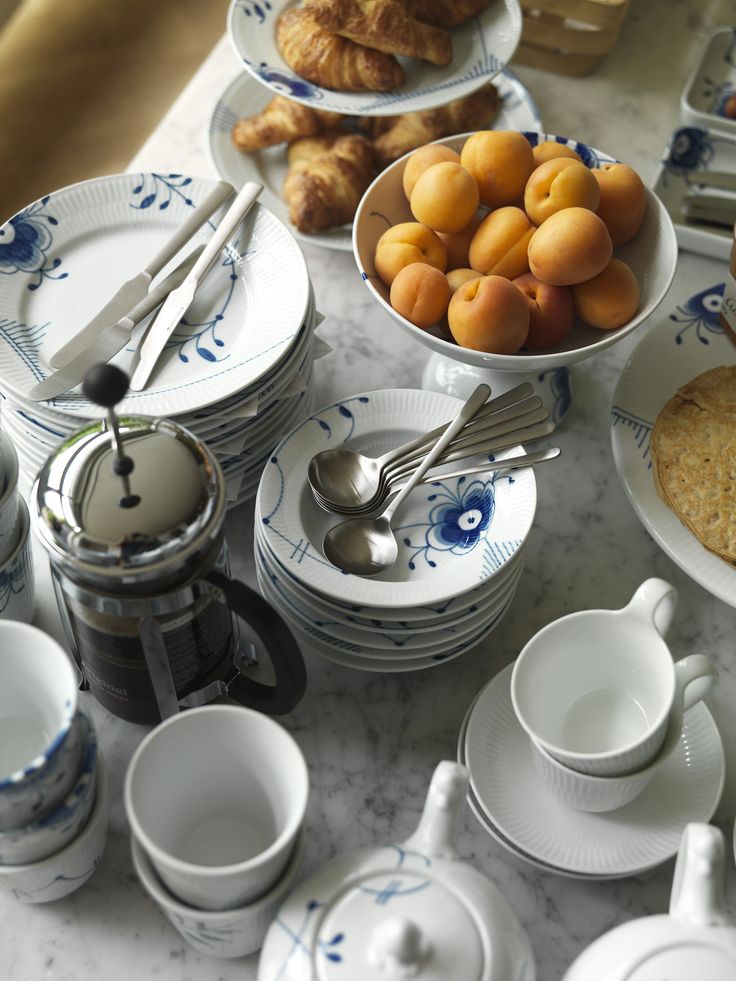 Curious to learn more about Royal Copenhagen…? This short film gives a lovely glimpse into Danish homes using the iconic dinnerware. I’m also eager to read this new book and am considering a copy of this out of print history book!