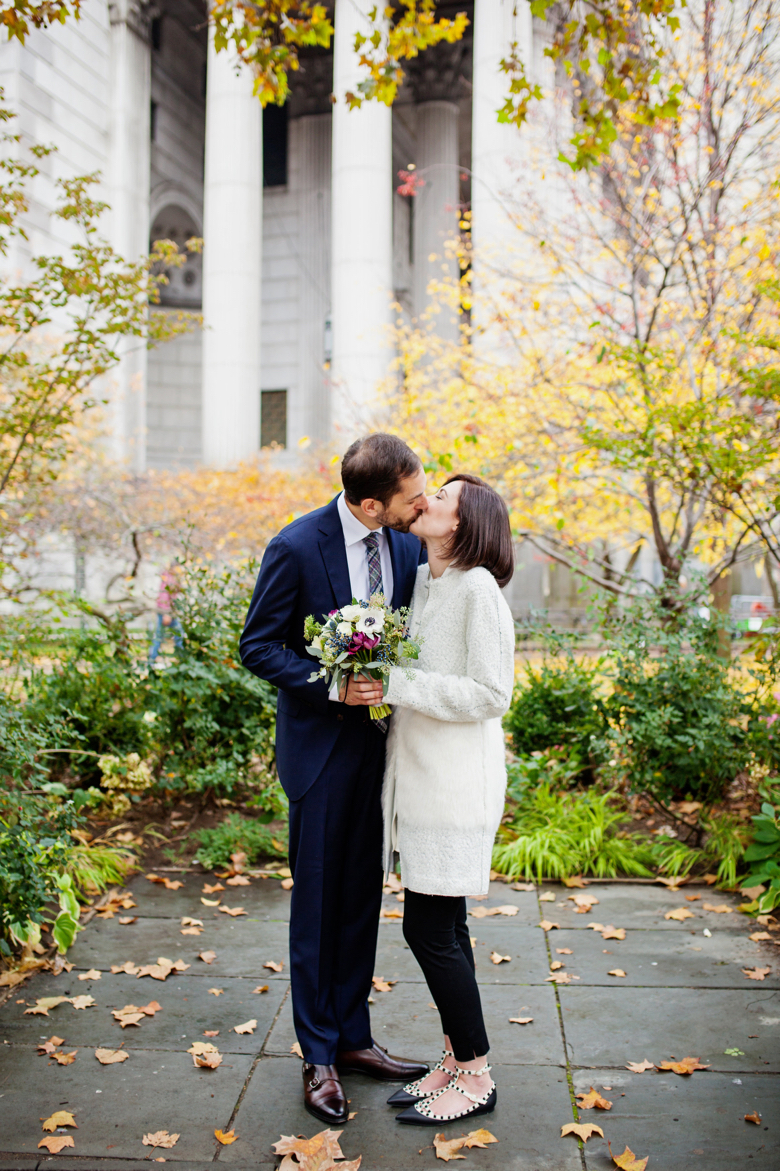 Today, November 6, marks my third wedding anniversary to my husband, Simon. We met in Chicago, got engaged in London six months later, and got hitched at New York City Hall a month after that. Some asked if our hurry down the aisle was due to pregnancy (wishful thinking!) or immigration (Simon’s British), but he actually had several years left on his visa and if anything, I was hoping to move overseas! The truth is, I just knew this tall, witty man with his big, handsome nose was the one for me, and we were both so excited to start a family. Well, here we are three years later and there’s no baby (yet), but there’s a whole lot of other things to be immensely thankful for. Below, five things I love about my husband on our third wedding anniversary.

#1 – His sense of humor.
It makes me beam with pride when we’re out with friends and Simon has people laughing to the point of tears. He has such a naughty British sense of humor that continues to crack me up (and make me blush!) three years later. I hardly notice his accent any more, but let’s be honest, it doesn’t hurt.

#2 – His encyclopedic brain.
Simon is a historian and former college professor so traveling with him is like having your own private tour guide. I love that I can ask him about any country in the world and he can give me a general rundown on its history. He’s also constantly teaching me new words (or correcting my pronunciation of words I already ought to know!). I feel far better educated now than I did when we first met. Smart is sexy in my book.

#3 – His love of food.
Simon is a “foodie” but thankfully for me, not in the obnoxious sense. The man appreciates a Michelin-star restaurant just as much as he does a bacon cheeseburger at the local dive bar. Some of our happiest memories revolve around food—returning to our favorite gelato place in Rome for seconds or feasting on conveyer belt sushi in Tokyo. There’s no one else I’d rather break bread with.

#4 – His generosity.
Simon spoils me rotten and always puts his family first. During our seven IVF attempts he was there every step of the way–holding my hand during each painful egg removal and every nerve-wracking embryo transfer. He always brought along a little gift for our future baby (a children’s book or a sweet stuffed animal). We still have them all saved for the child we will someday bring home. Simon’s selflessness never ceases to amaze me. Infertility can put so much strain on a marriage–his thoughtfulness helped me get through the darkest days.

#5 – His sensitive side.
Simon can be a bit of a curmudgeon (I joke with friends it’s like being married to Larry David), but deep down he’s just a big teddy bear. When we were filming our adoption profile video last week we had to answer the question, “What experiences are you most looking forward to sharing with a child?” As he talked to the camera about teaching our child to ride a bike and reading them bedtime stories Simon paused and whispered tearily, “I think you need to take the lead on this one, Katie, because I could go on forever and I don’t want to fall apart.” We paused filming as my eyes quickly filled with tears as well. How lucky I am to call this man my own. He’s going to be the world’s best father.

I love you to the moon and back, JB. Happy anniversary. Thanks for putting up with my crazy. xoxo