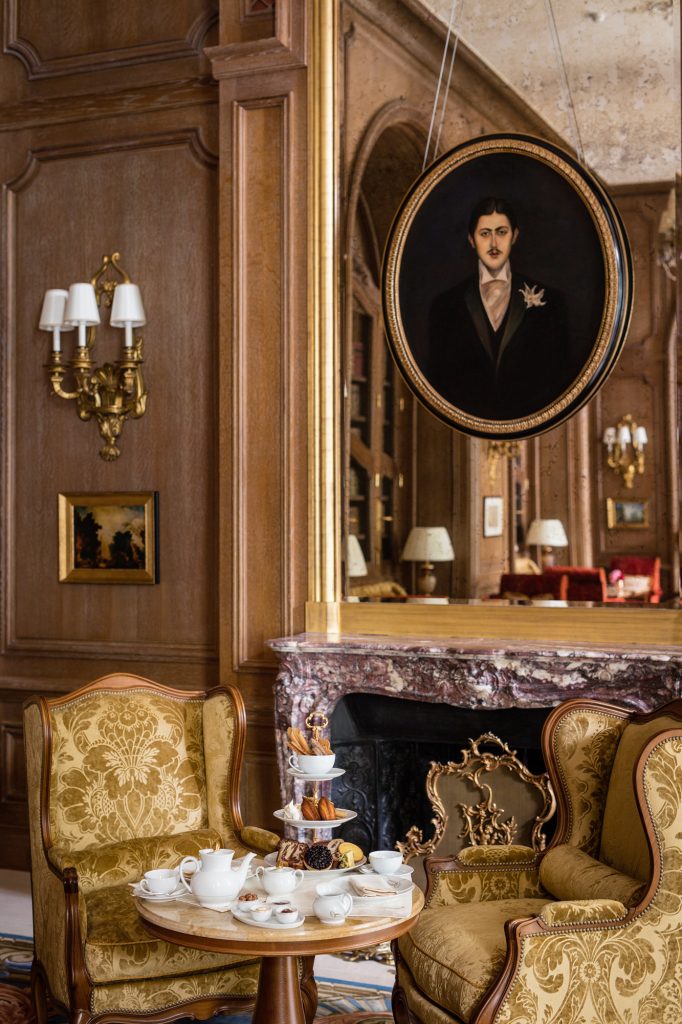 Today is a big day in the City of Light! After nearly four years of renovation, the Ritz Paris has reopened and the New York Times revealed these photos of the updated interiors. I’m anxious to get to Paris to have tea in the Salon Proust pictured above. Intrigued…? Here are twelve fun facts about the legendary hotel:

#1
The Ritz Paris appeared in three Audrey Hepburn films: Love in the Afternoon, Funny Face, and How to Steal a Million.
#2
Originally known as Hôtel de Lazun, the property was a private palace built in the early 18th century and had been home to several noble families.
#3
Coco Chanel lived in the Ritz Paris for 34 years. She died in her bed there in 1971. Her last words to her maid Celine were “You see, this is how you die.”
#4
The new hotel boasts the world’s first Chanel spa, Chanel au Ritz Paris.
#5
For a mere $1,490 you can sip a Ritz Sidecar. The extravagant cocktail is made with champagne from 1850 that was hidden from the Nazis during the occupation.
#6
In 1994 one of the hotel bars was renamed Bar Hemingway. It was the writer’s favorite watering hole. In a letter to a friend he once wrote, “When I dream of afterlife in heaven the action always takes place in the Paris Ritz.” The renovated bar now includes Hemingway memorabilia such as his fishing rods and original passport photos.
#7
The staff of the current Ritz Paris speak 28 languages included Luxembourgish, Gaelic, and Tagalog.
#8
Room rates begin at 1,000 euro per night. The most expensive accommodation, The Imperial Suite, will cost you a whopping $31,603 per night. In August 1997, Diana, Princess of Wales and Dodi Al-Fayed dined in the hotel’s Imperial Suite before their fatal car crash.
#9
In addition to the famous Coco Chanel and F.Scott Fitzgerald suites, new themed suites have been added to the hotel (among them Mozart, Maria Callas, and Proust).
#10
The current hotel staff has two employees for every one guest.
#11
A favorite of literary darlings, the hotel was featured in F. Scott Fitzgerald’s Tender is the Night and Ernest Hemingway’s The Sun Also Rises. It was also prominently featured in Noël Coward’s play Semi-Monde.
#12
French fabric house Pierre Frey was tasked with designing the hotel’s new custom fabrics and carpets. Their artists spent an estimated 950 hours drawing the new designs.

If you’d like to learn more about the hotel, I love these books:
– The Hotel on Place Vendome: Life, Death, and Betrayal at the Hotel Ritz in Paris
– The Cocktails of the Ritz Paris
– The Ritz of Paris (published in 1964, I found a copy of this charming out-of-print book in an antique shop for $5!) 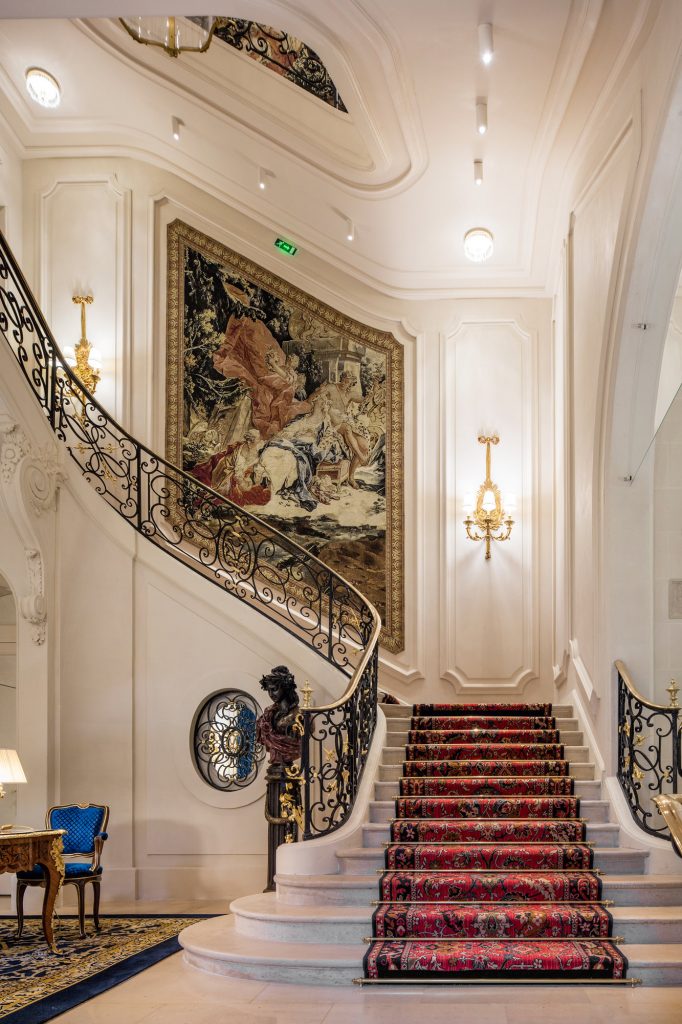 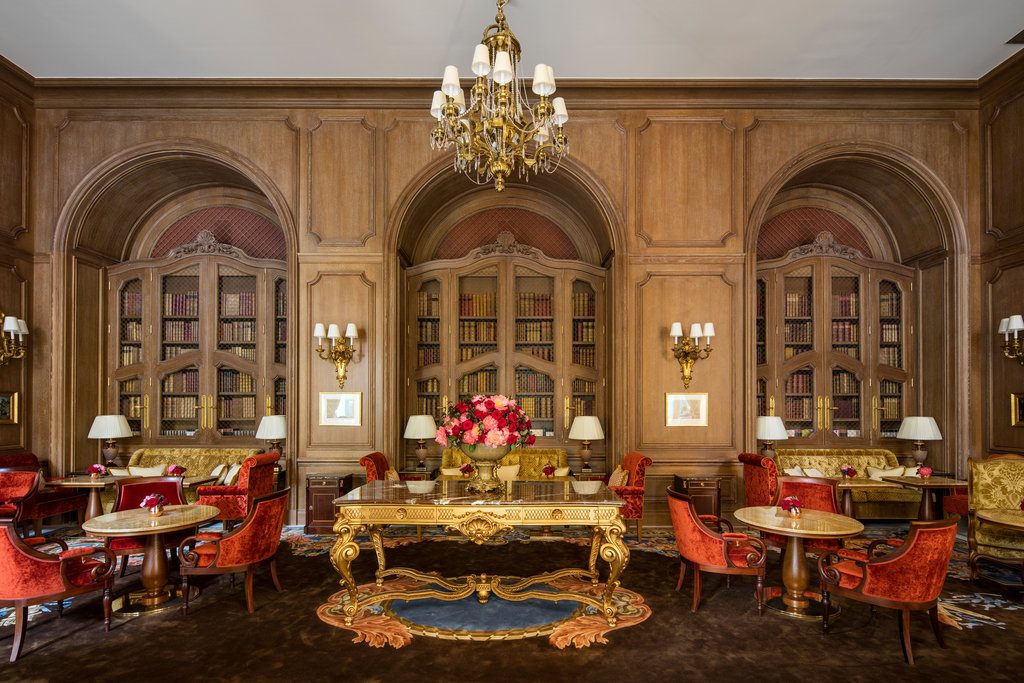 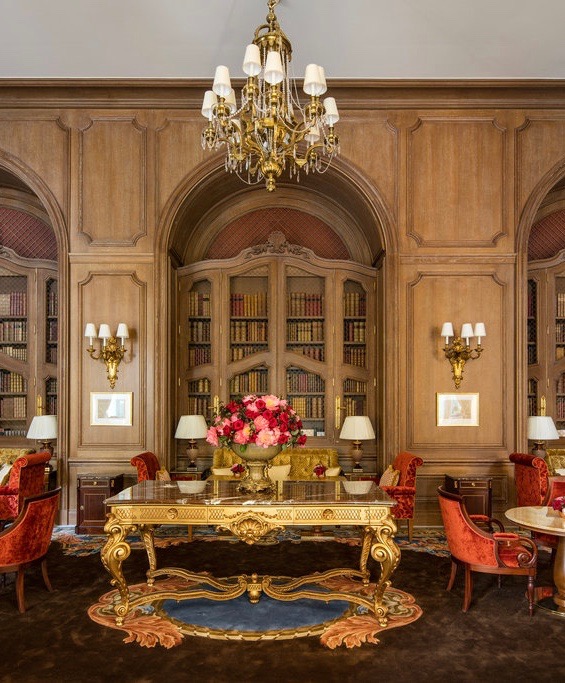 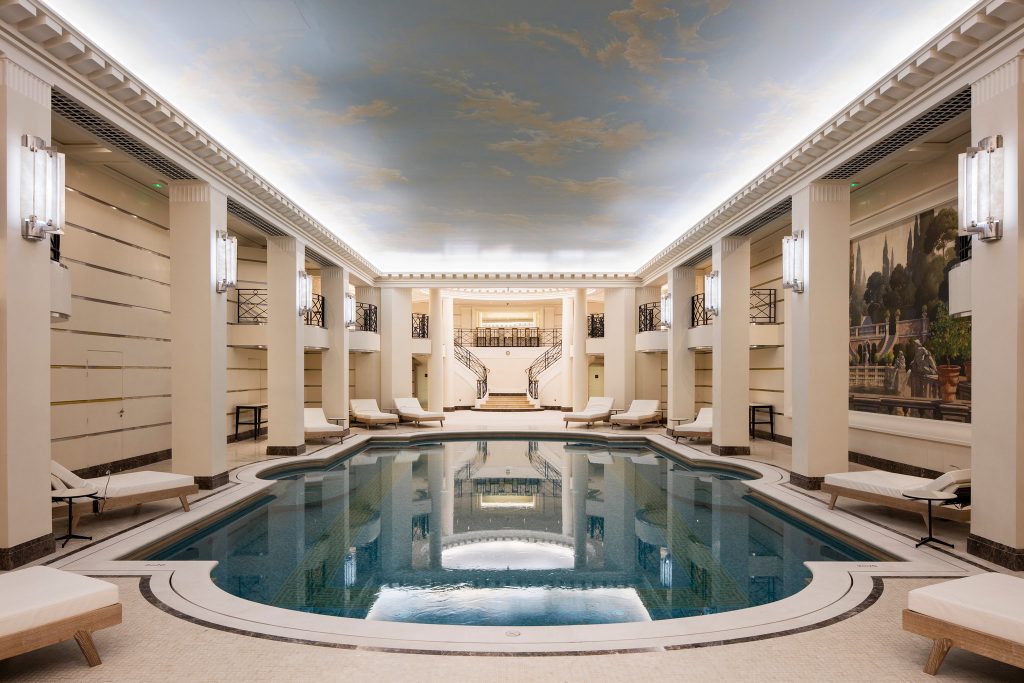 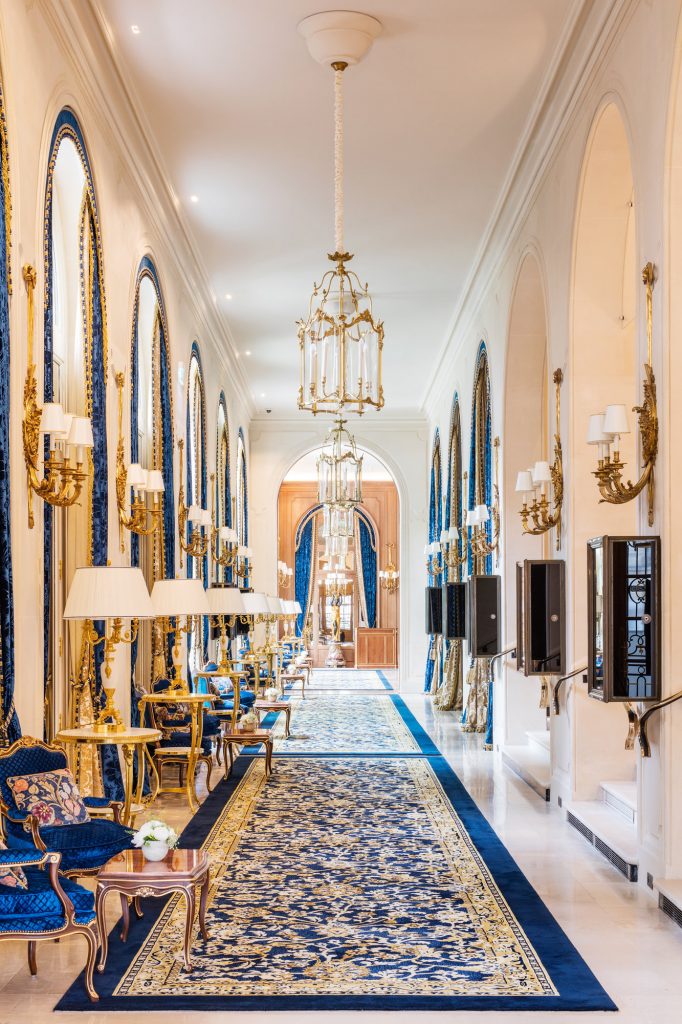 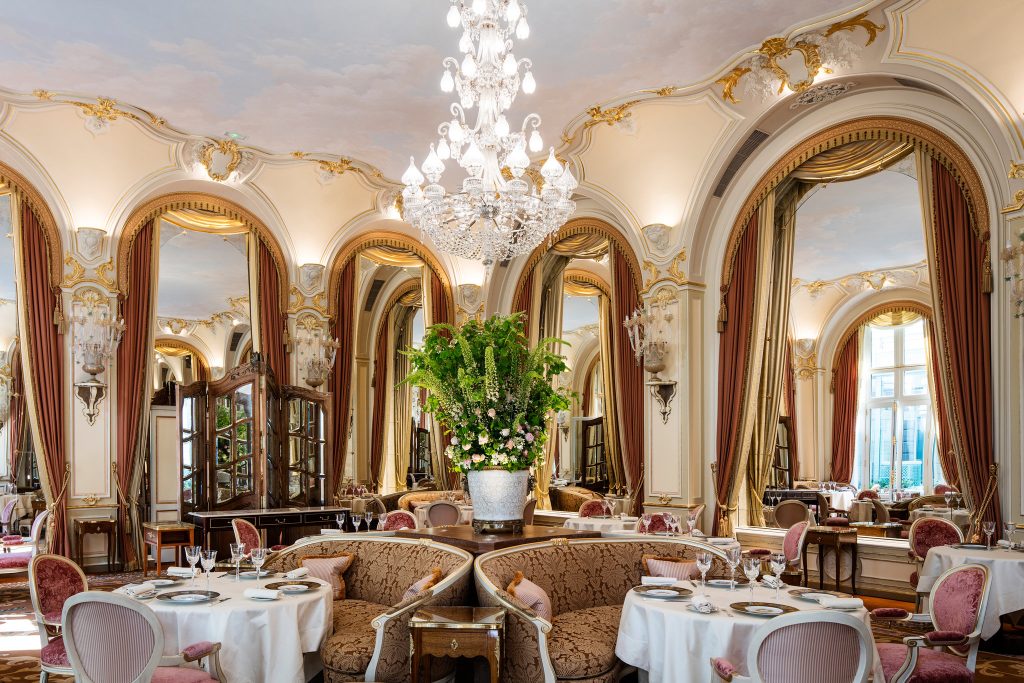 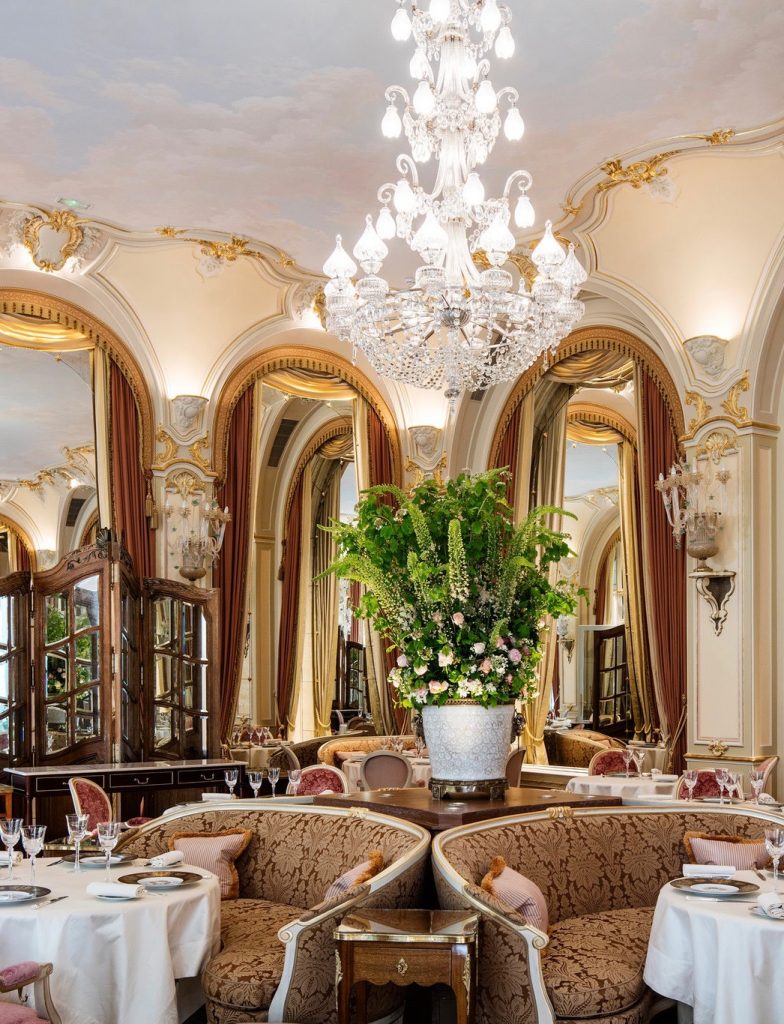 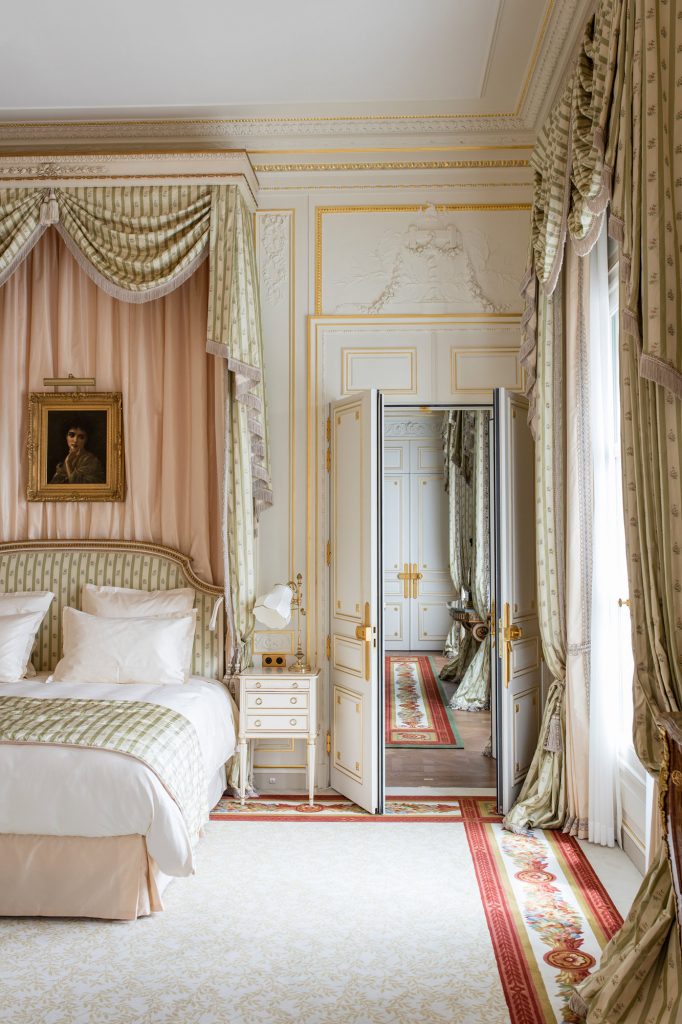 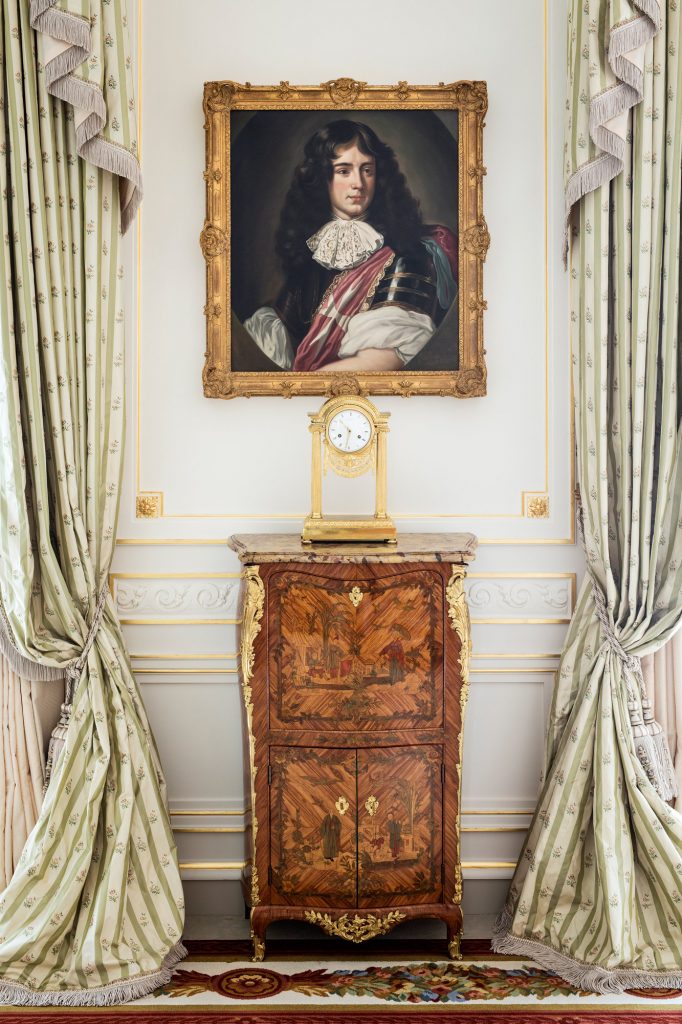 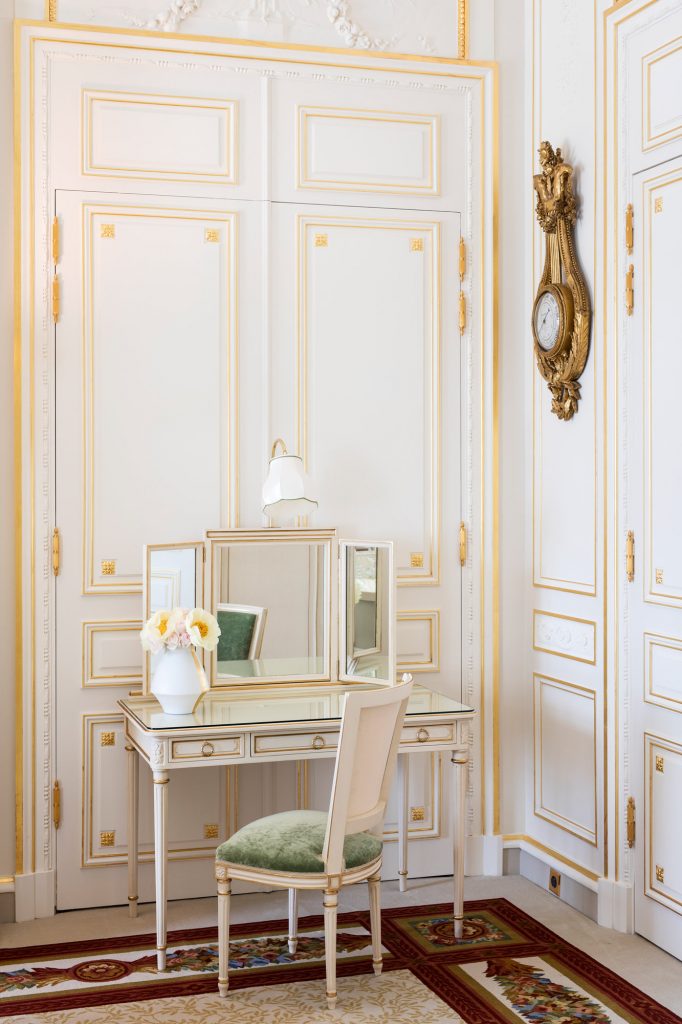 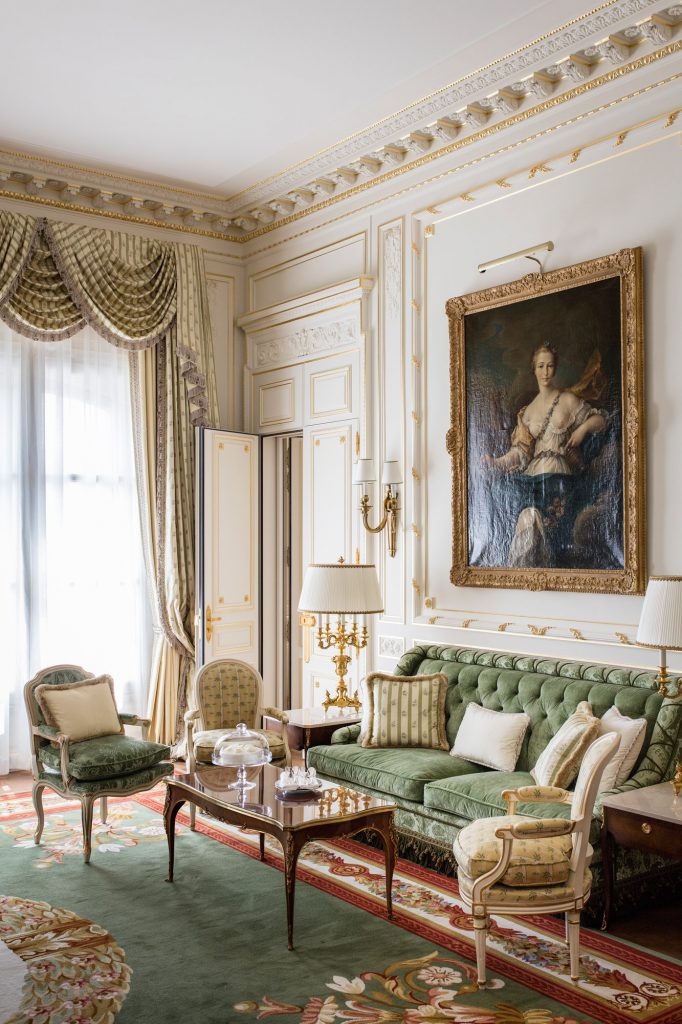 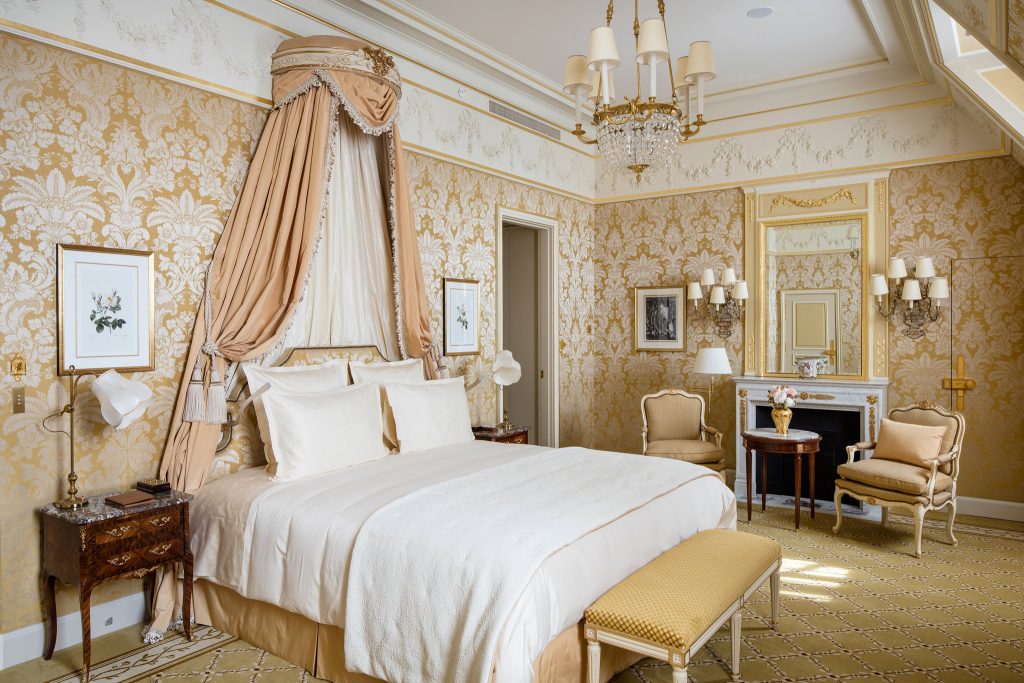 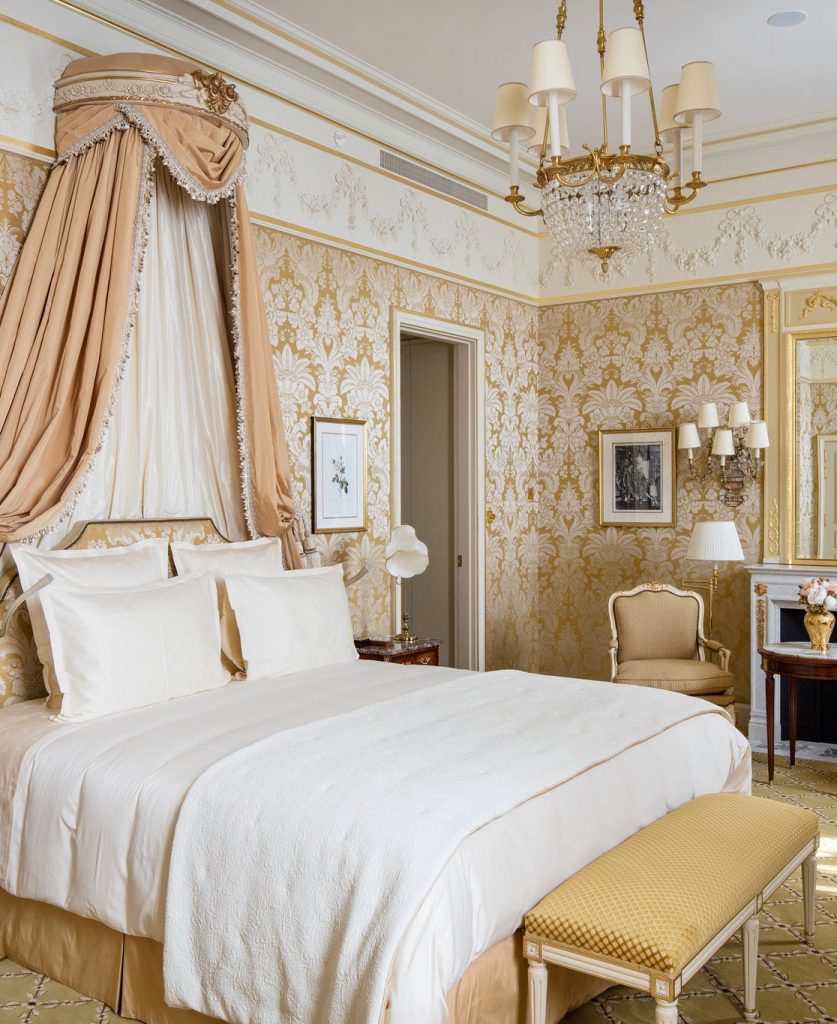 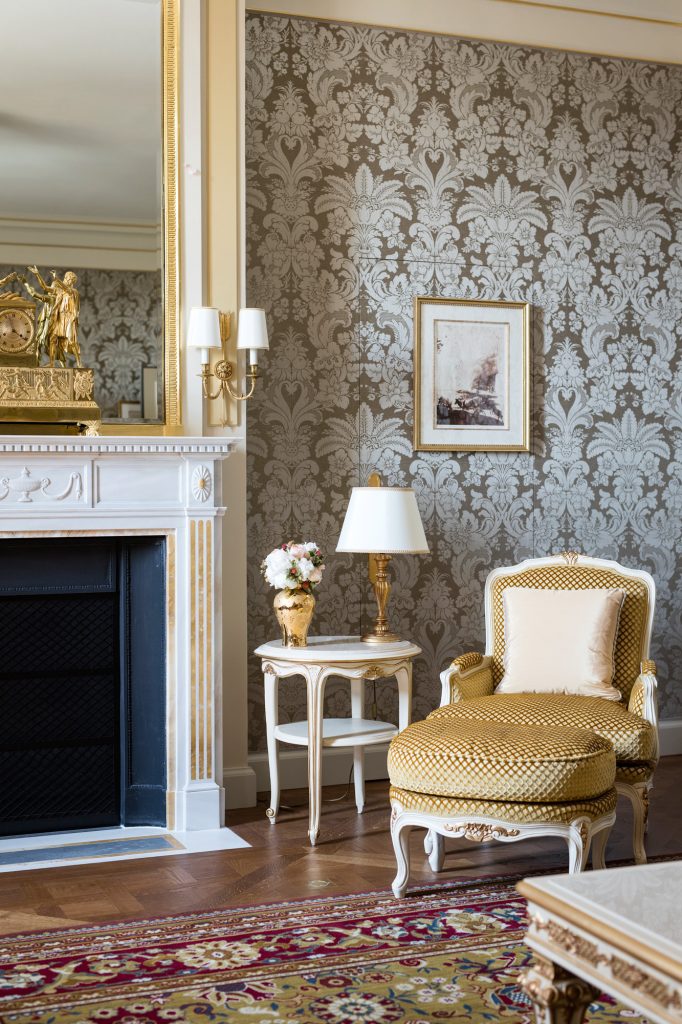 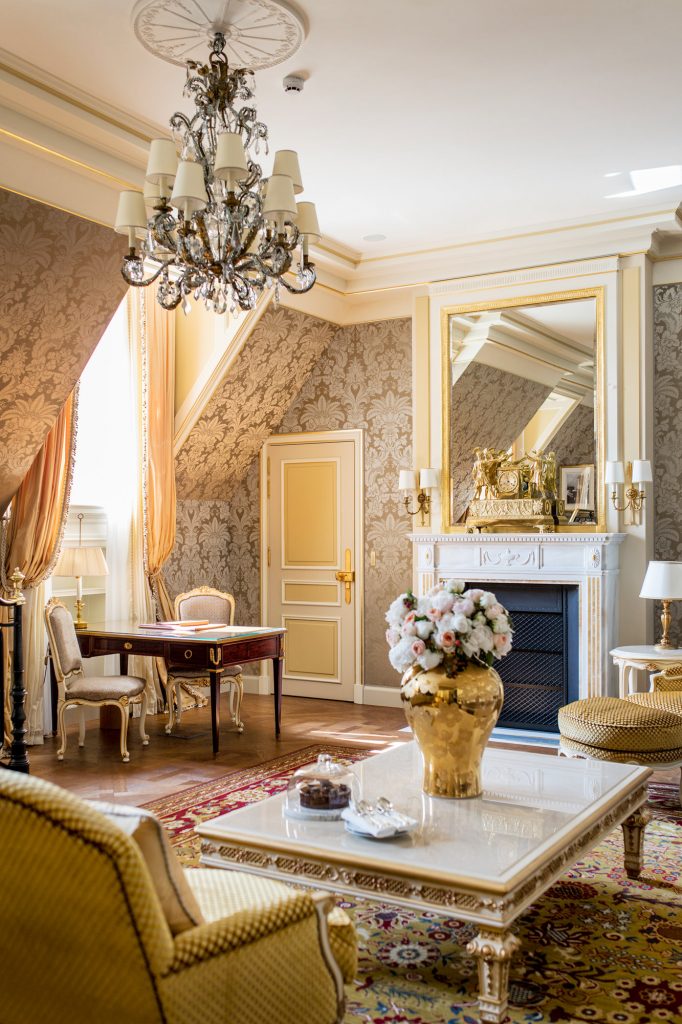 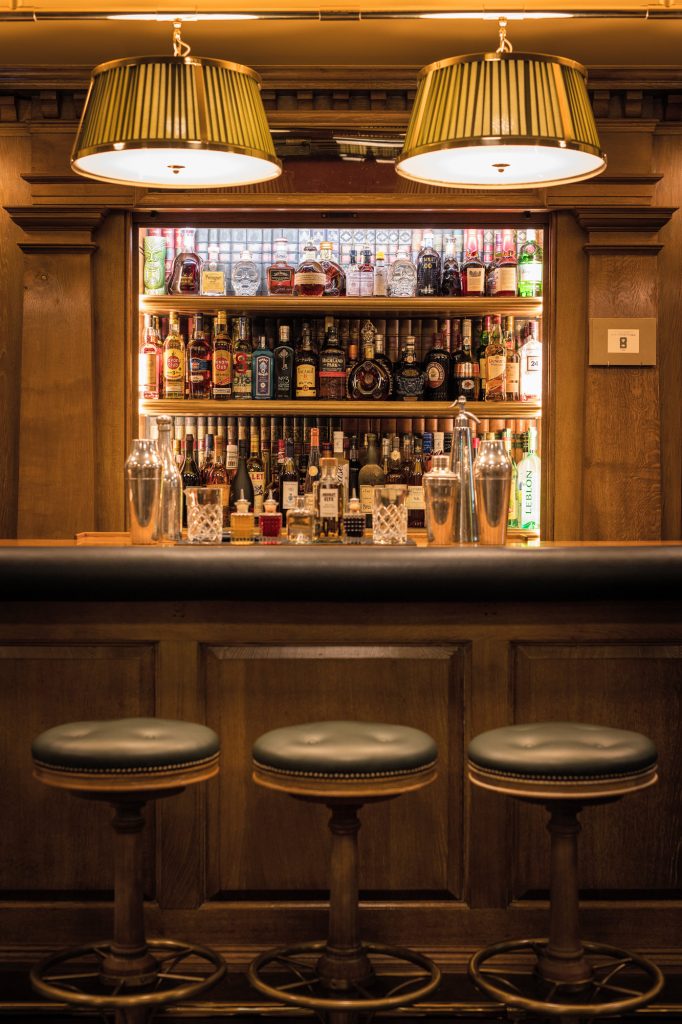 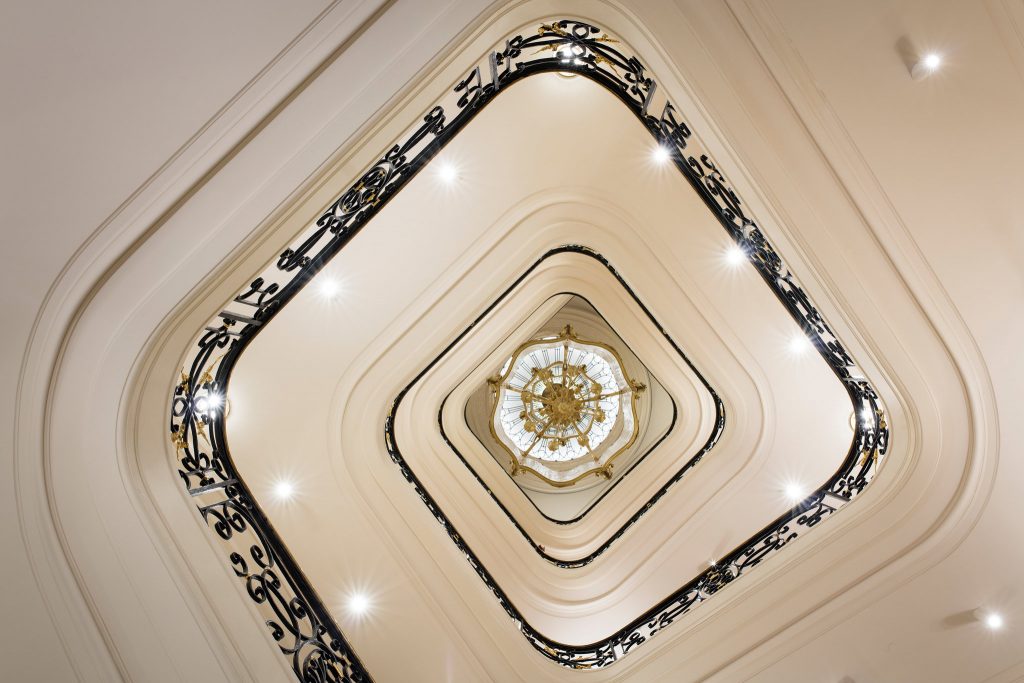 (photography by Andreas Meichsner for the New York Times)