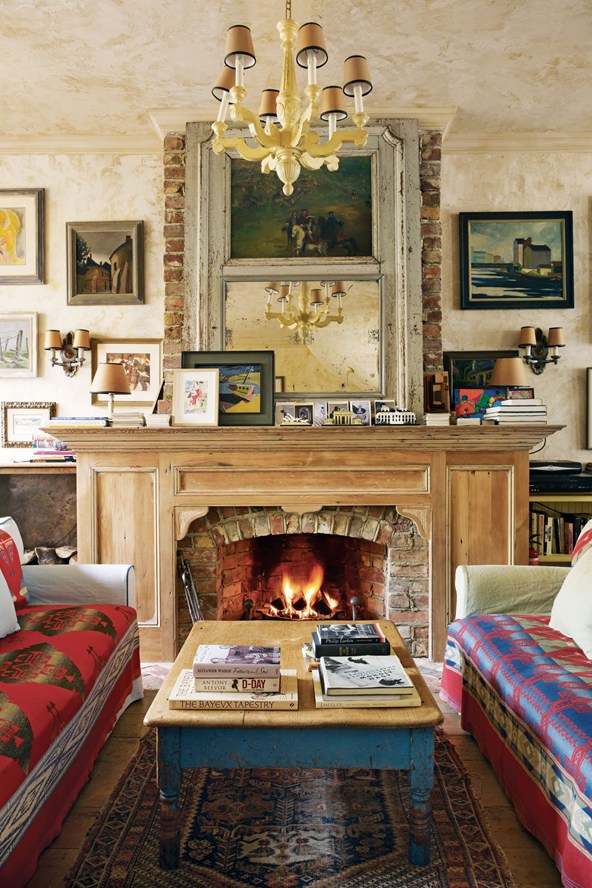 The cozy Notting Hill home of restauranteur Keith McNally (the mastermind behind Balthazar, Pastis, Minetta Tavern, and Schiller’s Liquor Bar, just to name a few…) has me dreaming of London. McNally, an Englishman, made his way to New York as a young man where he started his restaurant career as a busboy before working his way up the restaurant ranks. Now an icon in the dining world, he has returned to England with his wife and two children to call London home. The early-nineteenth-century building was given new life by architect Charles Tashima and designer Ian McPheely, with whom McNally collaborates on all his commercial projects. From the warm Vermont pine to the reconditioned factory tiles (over one-hundred years old!), it would seem no detail was overlooked. Read the full story in House & Garden here.