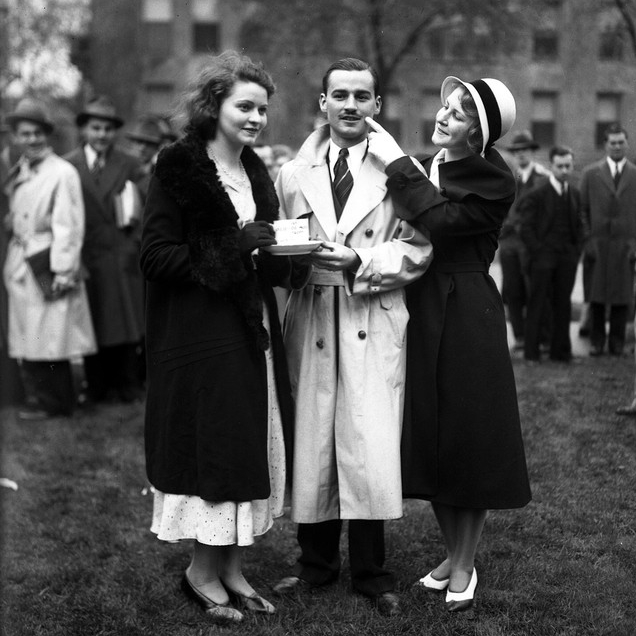 Do you follow @VintageTribune on instagram? Whether you live in Chicago, are from Chicago, or simply just love the Windy City, this instagram account is full of historical treasures. Managed by the Chicago Tribune, the account shares photos that celebrate Chitown’s fascinating past—the fashion, architecture, weather, and politics. The caption for the photo above was “University of Chicago senior Frank Calvin, the winner of the mustache race, is congratulated by co-eds Orva Prange (left) and Kay Wiedenhoefl in May 1931.” Below are some more treasures from the account. Like what you see? Follow @VintageTribune here. 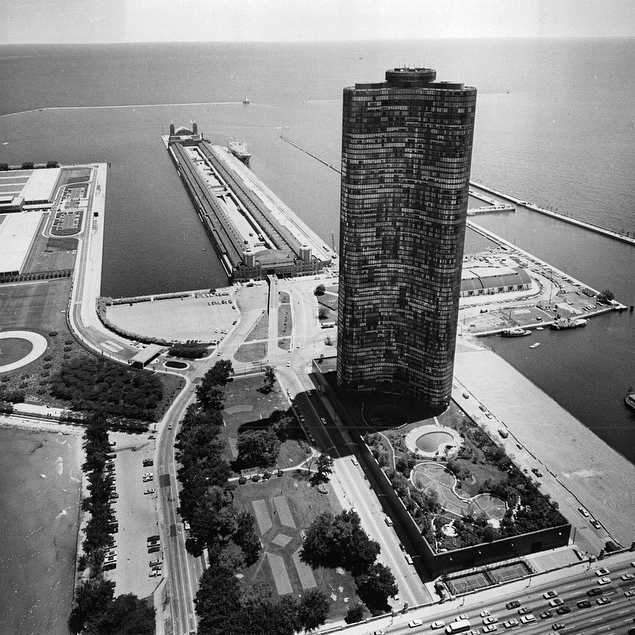 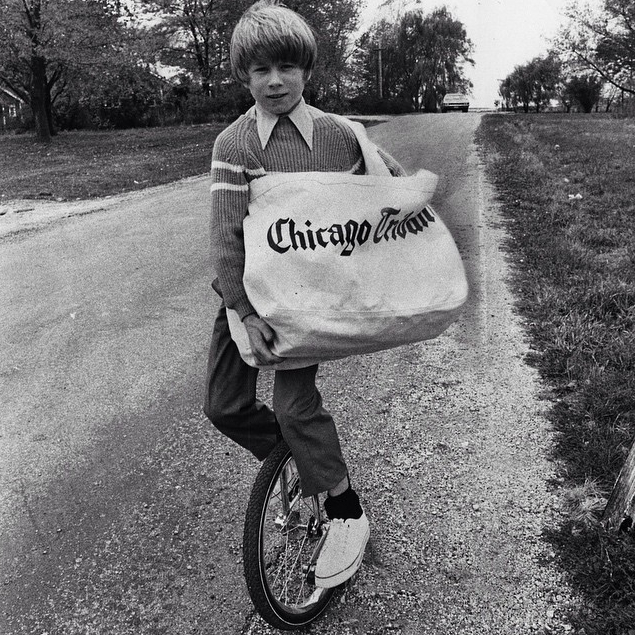 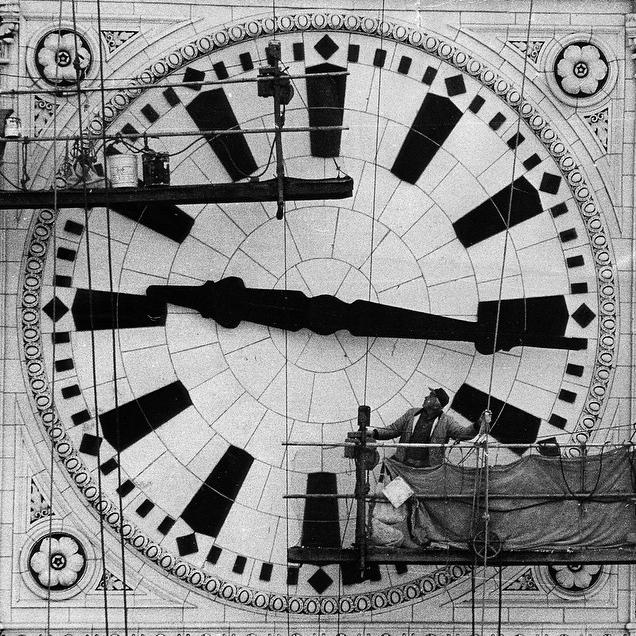 “A workman checks for cracks in the Wrigley Building’s terra cotta facade and its iconic clock in April 1977. Photo by Carl Hugare.” 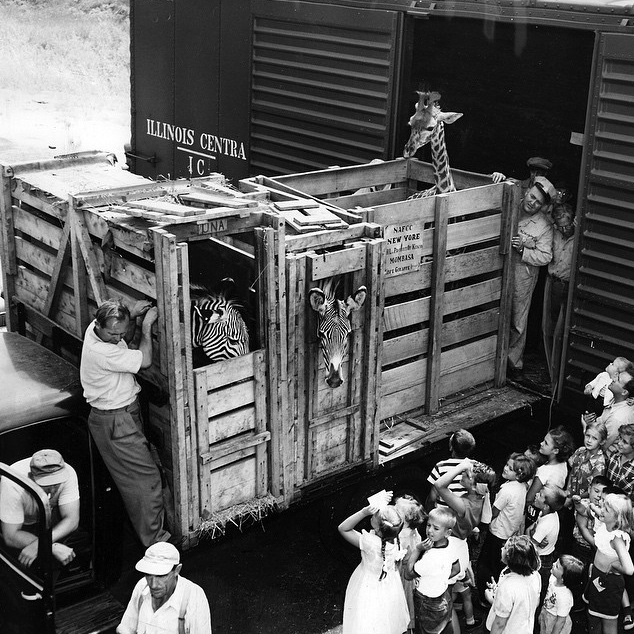 “Children greet new residents for the Brookfield Zoo in August 1954. The animals arrived by boxcar. Photo by Luigi Mendicino.” 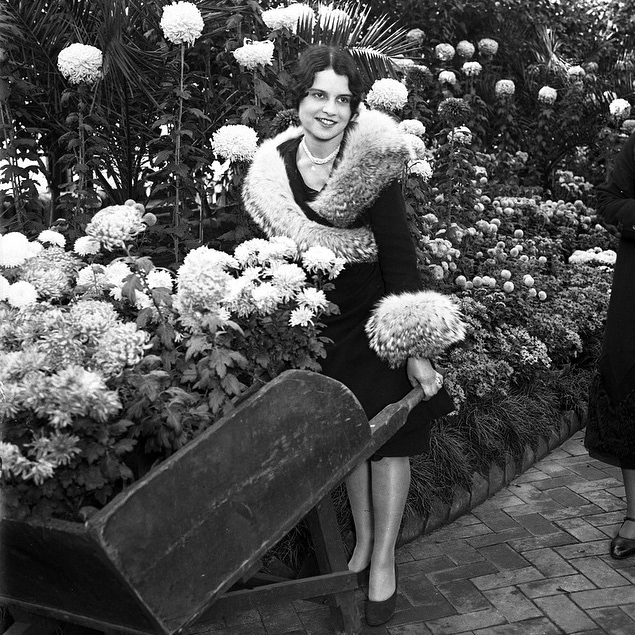 “Mary Gorman helps prepare an exhibit for the annual chrysanthemum show at Washington Park in 1929.” 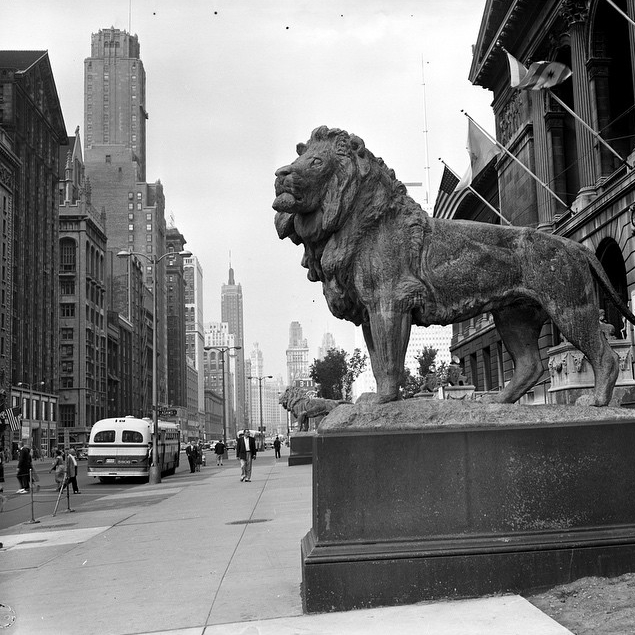 “Always vigilant at their posts, the Art Institute lions at Michigan Avenue September 11, 1956.” 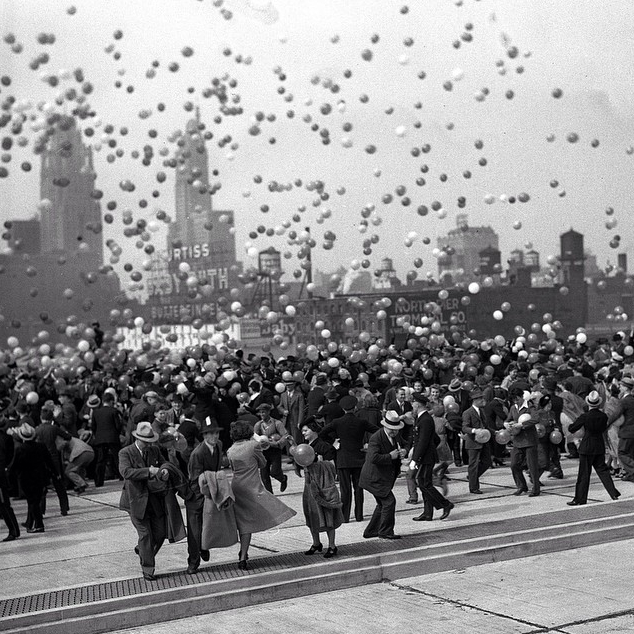 “Thousands attended the opening of the Outer Drive Bridge on October 5, 1937. President Franklin Roosevelt dedicated the bridge (also known as the Link Bridge) in a civic bash the likes of which Chicago had seldom seen.”