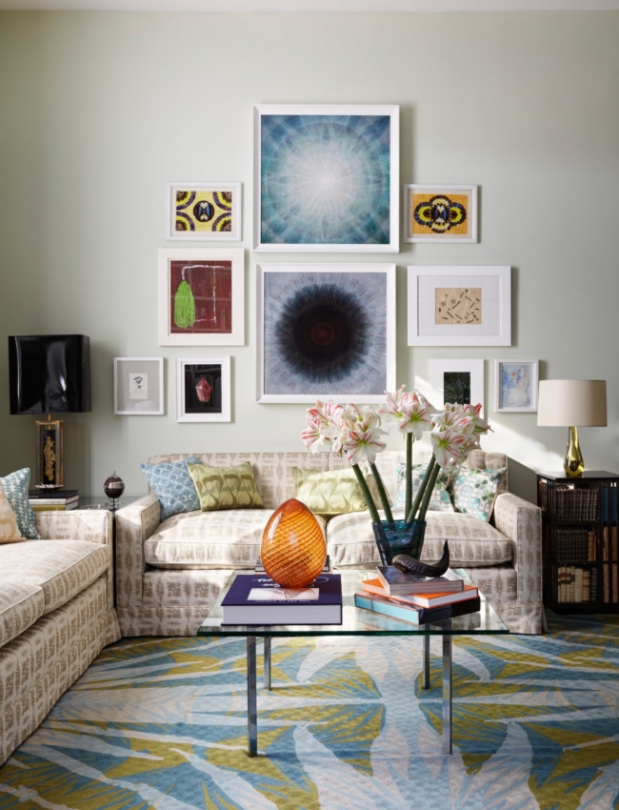 Designer Allegra Hicks has settled into her three-bedroom penthouse in Naples quite nicely. Vogue Living published the modern interior that Hicks shares with her husband, Roberto Mottola di Amato. Roberto grew up in the apartment and gave his wife full decorating reign after the space was renovated in 2014. The result is a mid-century-inspired Italian masterpiece brimming with Allegra’s bold fabric and rug designs. I especially love the master bedroom walls which are covered in a silk tapestry embroidered with landscapes of Naples sketched by Allegra. The designer had it embroidered in Delhi and chose blue, Roberto’s favorite color. A stylish interior with a personal touch–handsome, indeed. 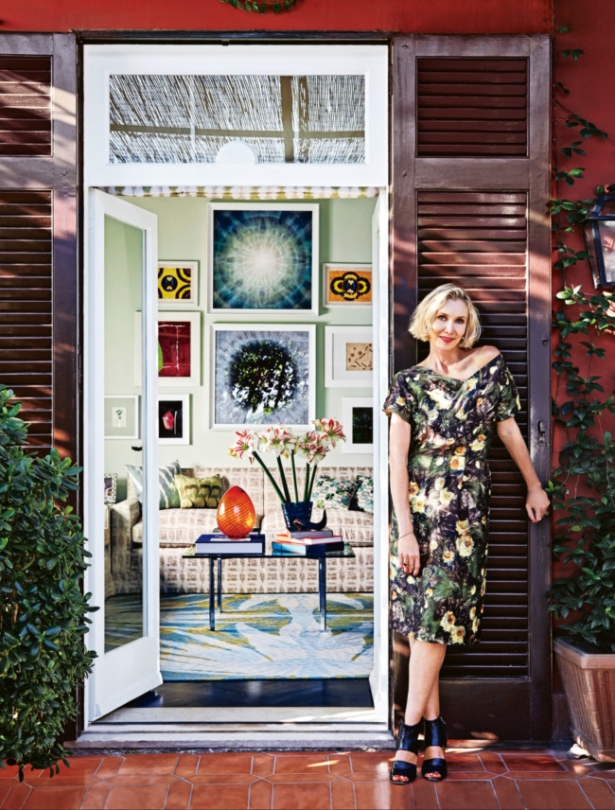 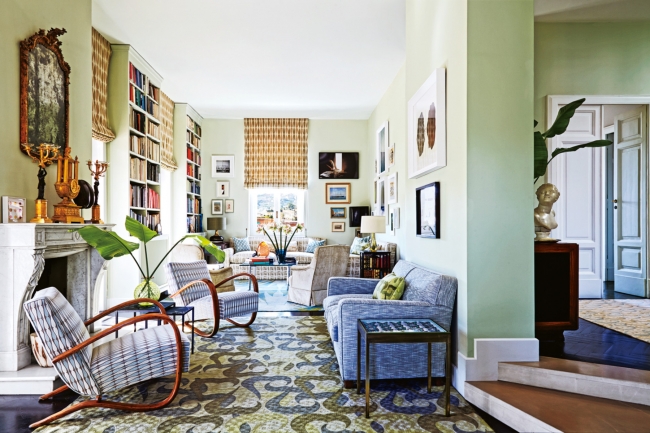 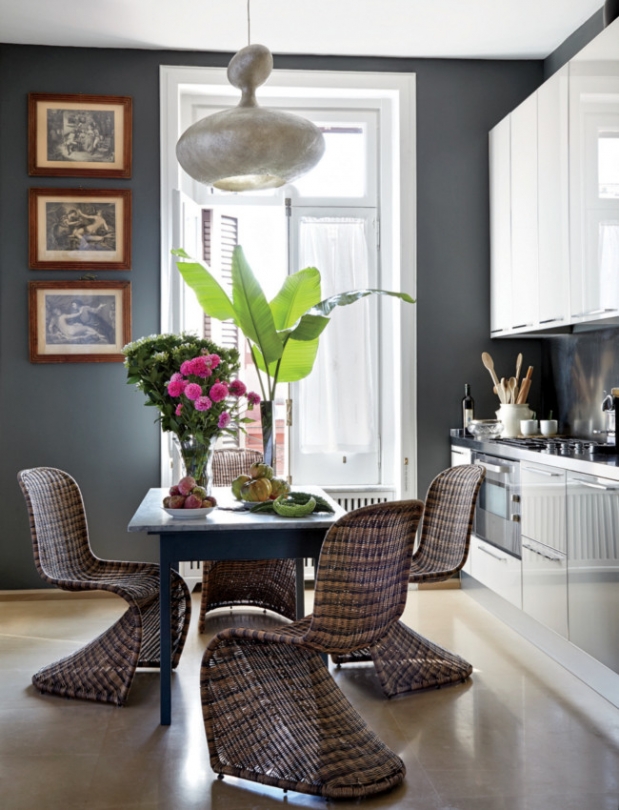 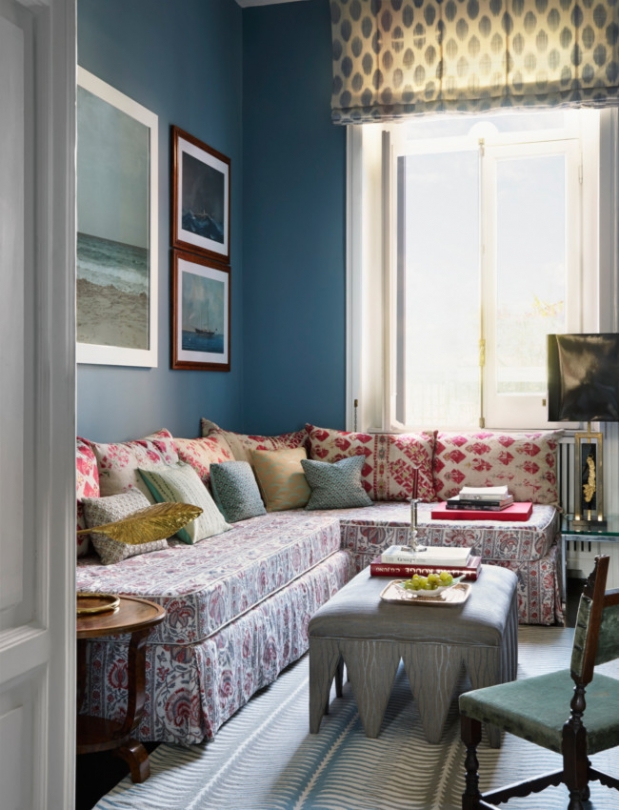 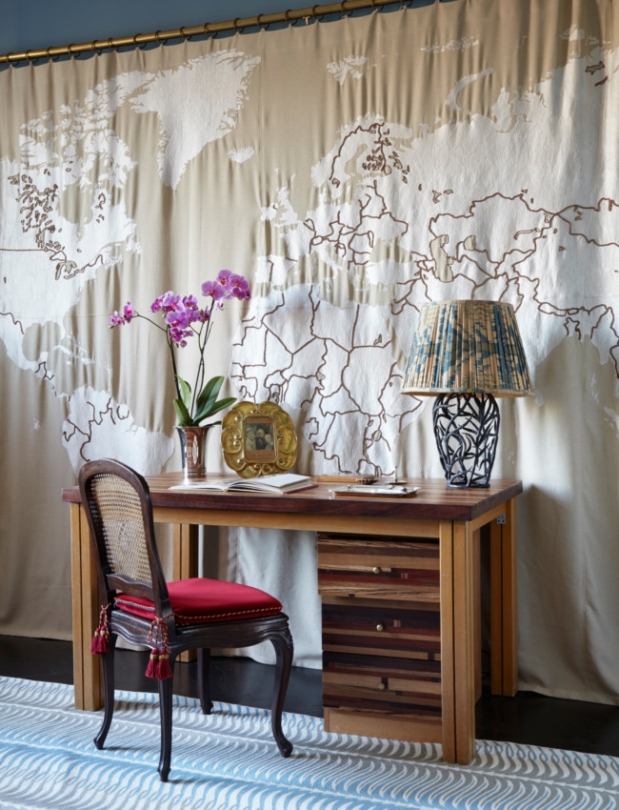 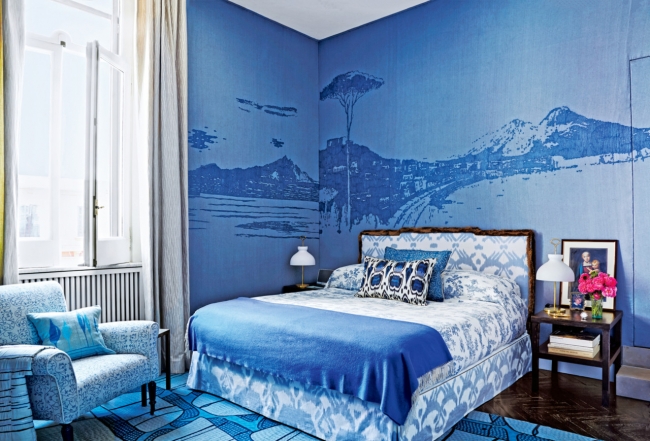 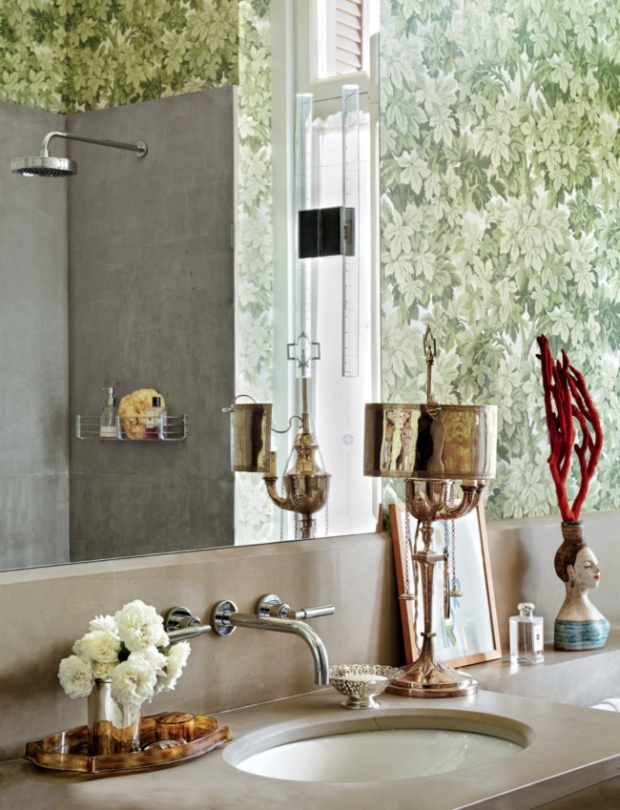 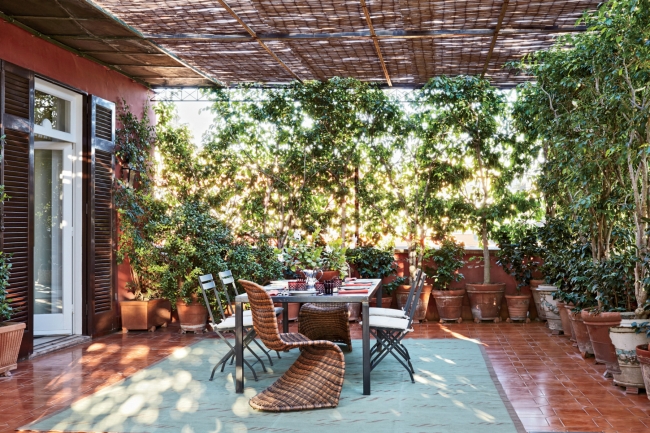 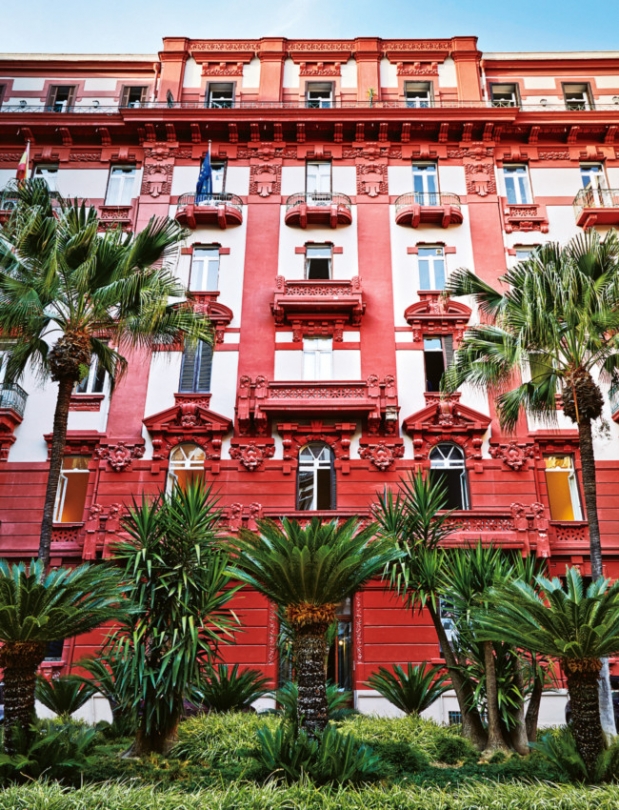