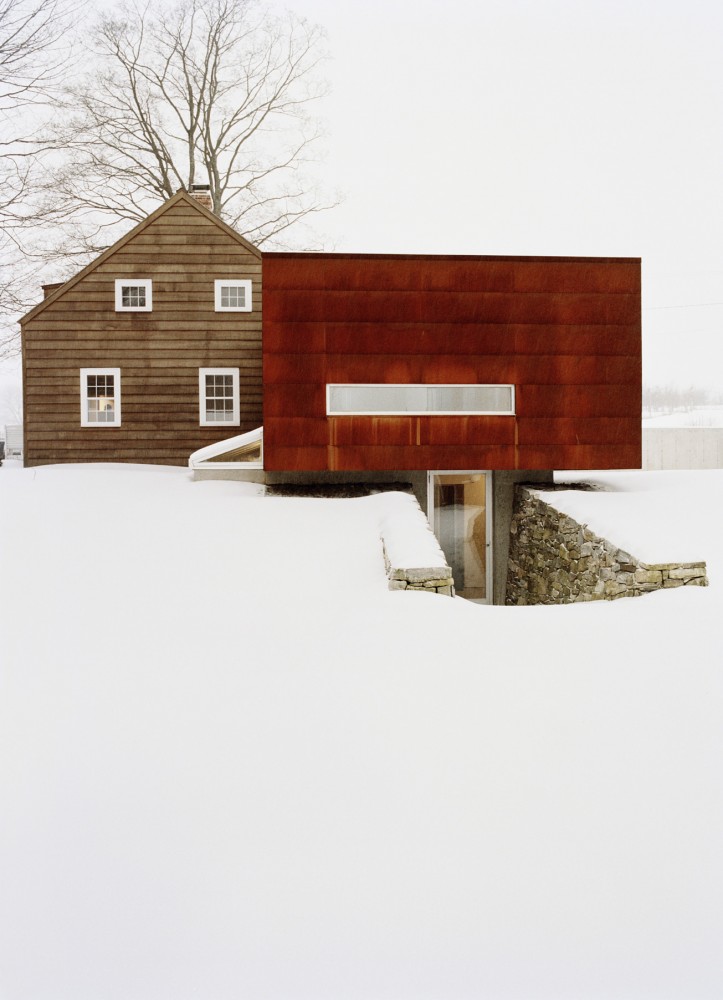 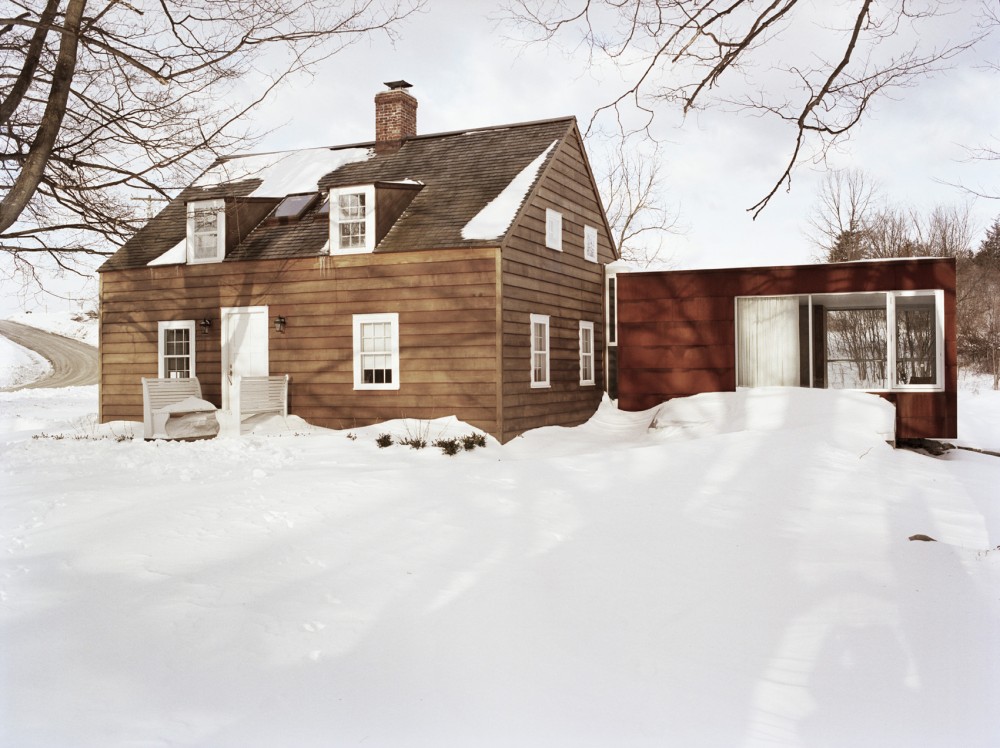 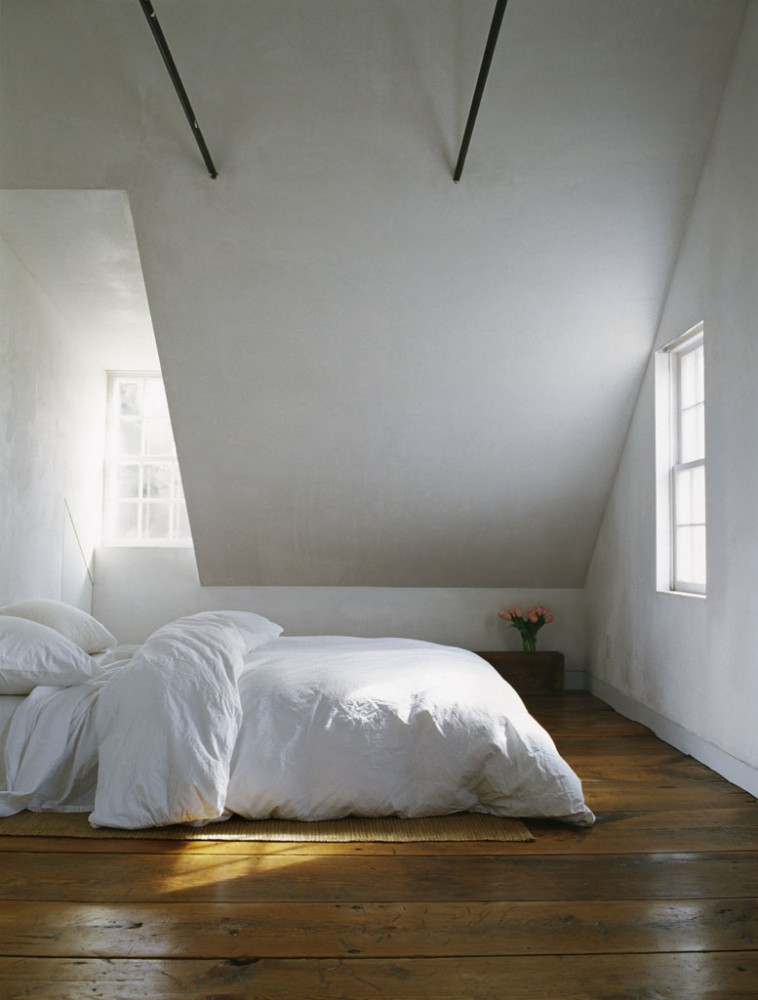 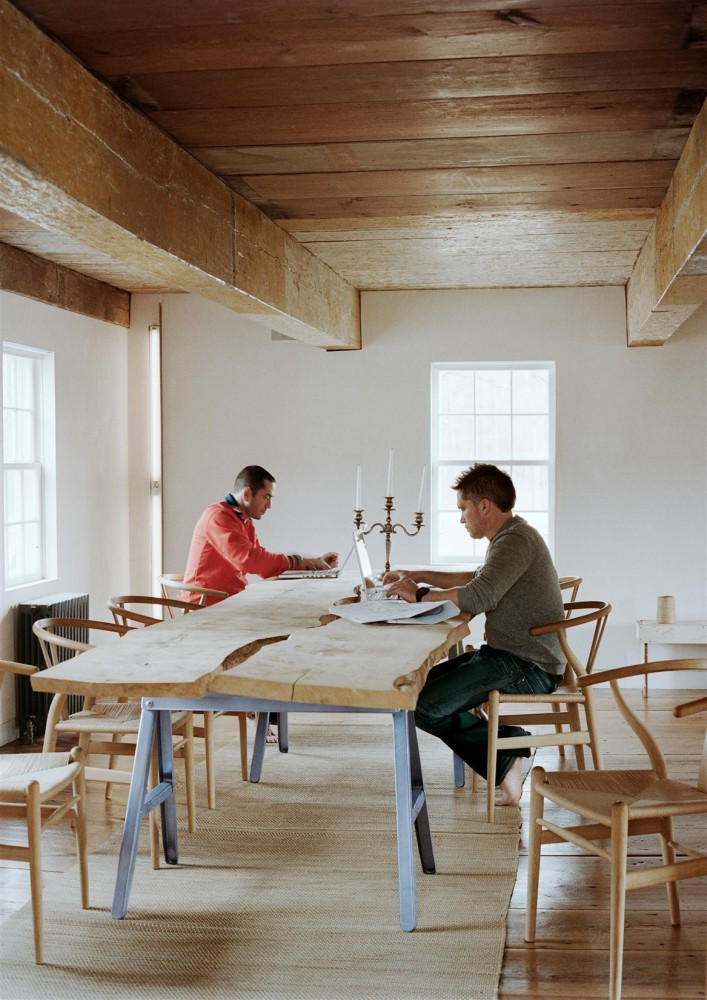 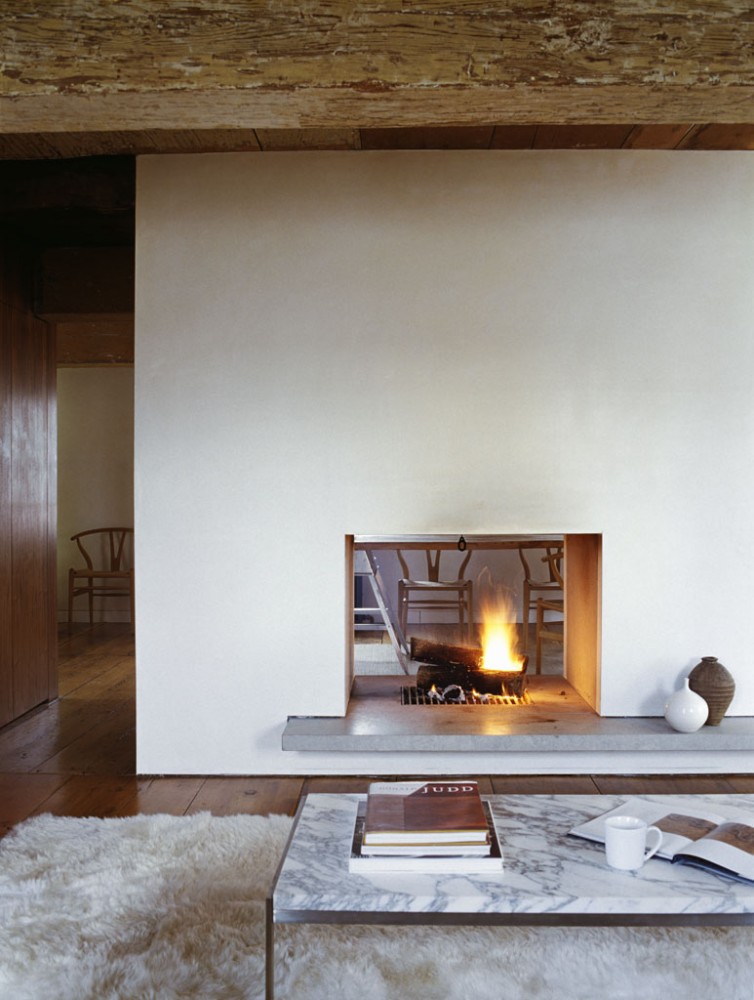 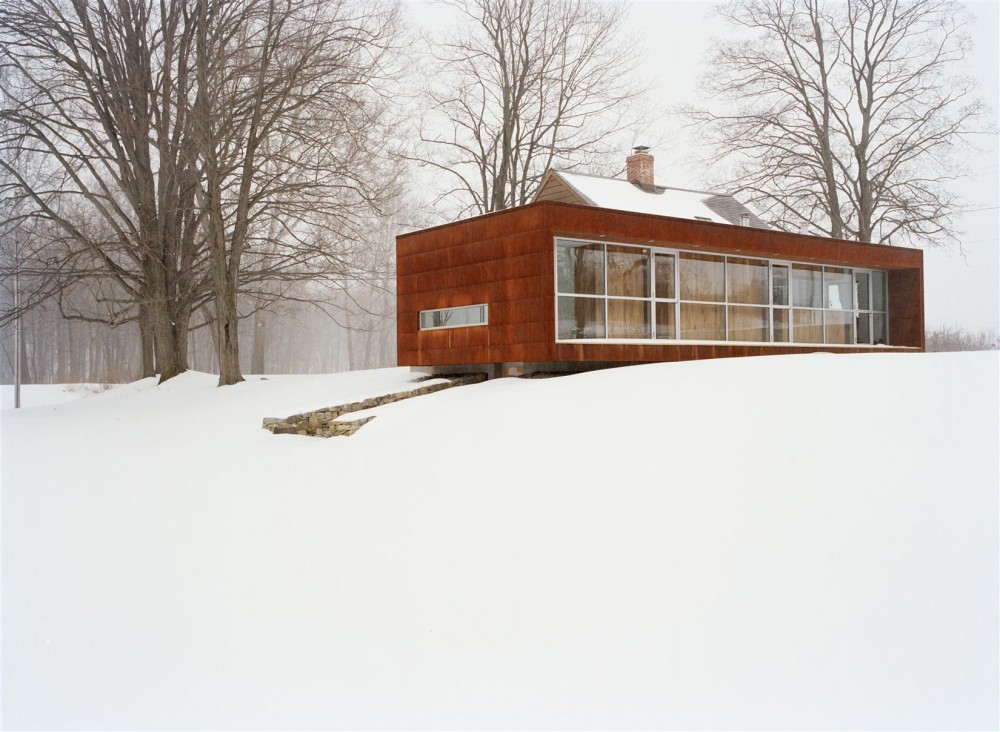 I recently stumbled across the inspiring renovation of Ten Broeck Cottage which is located on an apple orchard in upstate New York. Messana O’Rorke Architects cleverly built a modern home within the frame of the Dutch original (which dates back to 1734) and then added a bold new addition. The juxtaposition of the historic wing against the new is rather stunning, right? Don’t even get me started on the chicness of that living room–the minimal fireplace, exposed ceiling beams, thick rug, marble table…! I don’t know about you, but I’d happily curl up fireside with that handsome Donald Judd book and a cup of tea.